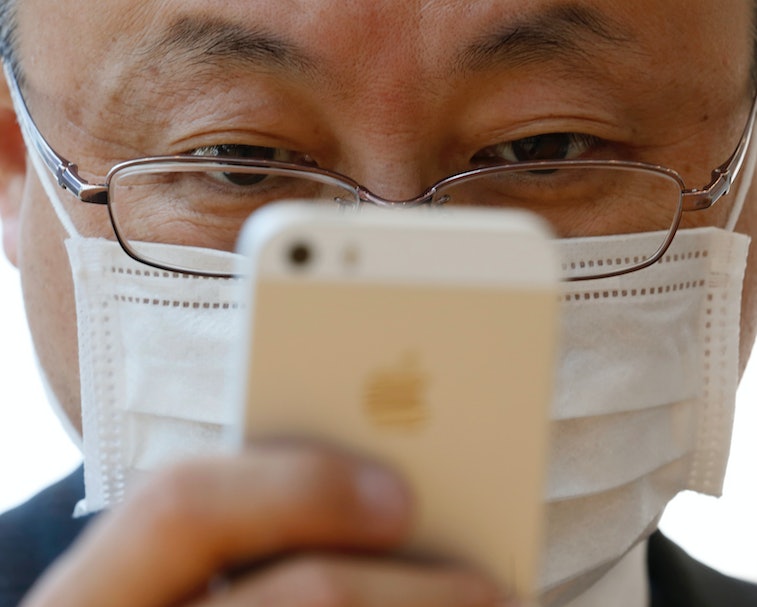 It's Monday, March 30, 2020. It's bleak out there as people get antsy from holing up at home all day, every day with little contact with the outside world. On the bright side, though: this year's new iPhones, likely slated for launch in September, won't be delayed according to Bloomberg. It was previously reported that Apple could postpone them due to the coronavirus.

"The next iPhones with 5G wireless capabilities remain on schedule to launch in the fall, partly because mass production isn't slated to begin until the summer," the outlet reported today. That's good news if you're waiting to upgrade to the tentatively dubbed "iPhone 12" or "iPhone 12 Pro," which are expected to come with larger displays, 5G, and better cameras.

But if forecasting for the state of the world is to be believed, it's unlikely that many people are going to open their wallets towards luxury products that command premium pricing. Unless the coronavirus passes by the fall, it's going to make little sense to splurge on a $1,000+ iPhone if people are still dying, businesses haven't recovered, and purchases for survival items like masks and hand sanitizer remain a higher priority.

If indeed the world is still burning in six months, more value-conscious devices like an updated iPhone SE are going to be more attractive. And not just because they'd be cheaper.

Easier on the wallet — Money saved is money saved and in these rocky economic times (everything feels like it's in free fall) keeping non-essential spending down is going to be top of mind for everyone. An "iPhone SE 2" priced significantly less than an iPhone 12 or 12 Pro would be an easier buy for anyone who's waiting to upgrade from an older device.

Whatever the pricing for the iPhone SE 2 is, it's going to be less than the $599 iPhone XR, $699 iPhone 11, and $999 iPhone 11 Pro. Instead of buying an iPhone 12 Pro, which would presumably start at $999, you could use the extra couple of hundred dollars saved to stock up on face masks.

Face mask-proof — According to rumors, the iPhone SE 2 will have a Touch ID fingerprint reader instead of Face ID. Although Apple has touted Face ID as the future (the company says there's a 1 in 50,000 chance of an unregistered fingerprint bypassing Touch ID compared to 1 in 1,000,000 chance of an unregistered face bypassing Face ID), face recognition doesn't work if you wear a mask. Face ID requires a person's eyes and mouth to be visible.

On the other hand, Touch ID works flawlessly with a mask on because it scans your fingerprint, not your face. It doesn't take a rocket scientist to explain how much more useful Touch ID is compared to Face ID during a pandemic.

Nobody to judge you — New iPhones are status symbols. People buy them to show off that they have the newest model. They're elite and cutting-edge consumers. And I get that, but who are you going to be impressing if you're still quarantined (or, at least, spending most of your days at home)? Your pals on Zoom? Friend, nobody is going to care that you have an old-looking iPhone. You can finally stop flexing stuff you don't need and be confident with what you own.