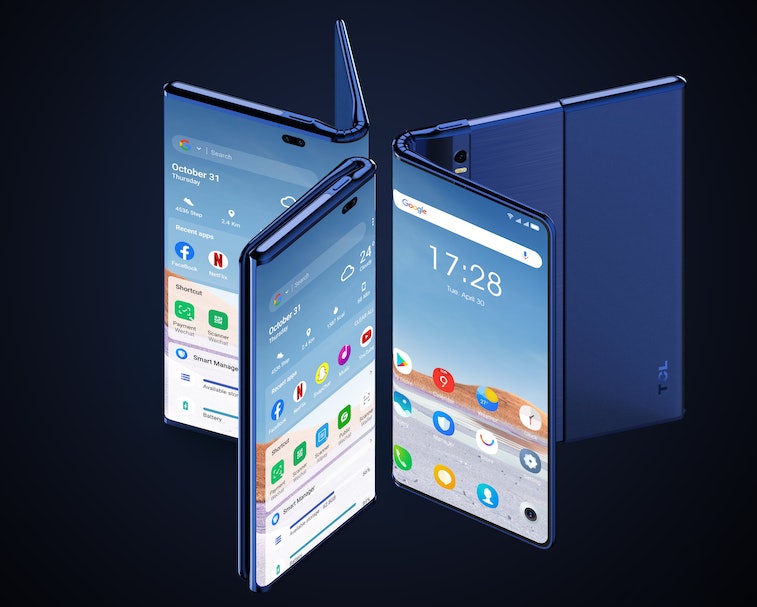 When TCL unveiled the Fold n’ Roll concept phone — a device with a display that folds and rolls open — we were cautiously optimistic since there was no working prototype. Now, we know why TCL didn’t show it in action.

Prototype in action — A video of the Fold ‘n Roll concept phone surfaced a few days ago showing the device’s display folding and motorized mechanisms — things don’t look good. In the video below, you can see the phone unfolded and then the screen sliding/rolling out to further extend it.

It’s an eye-catching design that draws attention, but look you can see the concept isn’t ready for prime time. The slide/rolling mechanism is really slow and the home screen doesn’t extend until the motorized display action is finished. This will be vaporware.

As cool as a phone with a screen that folds and rolls open sounds, the Fold n’ Roll prototype doesn’t give me a lot of confidence that this form factor stands a chance. It’s simply doing too many things at once and succeeding at none of them.

More complications — Foldable phones are complicated enough as is. It took several generations for Samsung to finally nail the Z Fold and Z Flip form factors this year with the Galaxy Z Fold 3 and Z Flip 3, and as solid as they are, they still aren’t perfect. For instance, there’s still a visible crease in the foldable screen and battery life leaves a lot to be desired. Motorola is still figuring out the foldable Razr and its wavy screen.

With a rolling mechanism, TCL’s Fold ‘n Roll is even more complicated. It has even more points for failure. The display is completely unprotected against the elements. The motorized mechanism that rolls the screen open most likely wouldn’t be water-resistant. Repairs would likely cost a fortune if the prices for fixing Samsung’s foldables are anything to go off.

It’s hard to say how bulky the phone is, but I wouldn’t be surprised if it’s as heavy or chunky as a Galaxy Z Fold 3. What about battery life? Powering a large expanding display would need a pretty substantial battery — another thing that’d add weight.

Bad track record — I’d love TCL to prove me wrong. But TCL’s track record with commercializing its concept phones is as bad as it gets. Its rollable phone has yet to materialize; the Z Flip-lookalike phone codenamed “Project Chicago” was canceled; there’s no word on that tri-fold phone-tablet device.

If you’re waiting with bated breath for TCL’s Fold ‘n Roll or any company to produce a foldable and rollable phone, you need a reality check. They’re a terrible idea and there’s almost no chance they’ll make it to a Best Buy near you anytime soon.