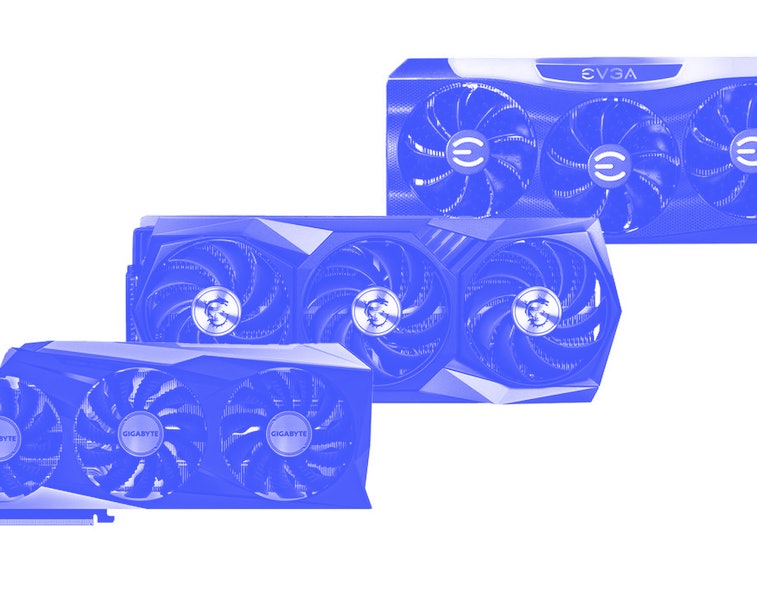 A decidedly-unofficial tool that’s said to increase the Ethereum mining capabilities of Nvidia's GeForce RTX 30-series and A-series cards is actually just malware. In fact, not only does it make unauthorized changes to your PC, it doesn't even "fix" the mining rate of your card, either.

Miners never prosper — If this is all gibberish to you, let's do a quick rewind. The ongoing GPU shortage in the PC gaming space has been caused by many factors, but one of the big ones is the hordes of crypto-miners snapping up cards in order to mine their preferred coin. In response to this, Nvidia released LHR (low hash rate) versions of its new RTX 30-series cards, which meant they had decreased mining capabilities compared to the old versions.

As determined by Tom's Hardware, this third-party "Nvidia RTX LHR v2 Unlocker" advertised itself as a way to circumvent the LHR measures by editing the GPU's BIOS, which would theoretically boost the rates back up to par. Unfortunately for these miners, however — and to the non-surprise of anyone who has been on the internet for more than five minutes — this program is actually just malware.

It apparently does nothing for your card's mining capabilities, and infects Windows Powershell to boot. According to malware analysis tool Joe's Sandbox Cloud, it also checks for available system drives, deletes files inside the Windows folder, and uses code obfuscation techniques to try to avoid detection. In other words, it's bad news.

As a whole, we can't really recommend living the crypto lifestyle — if you're trying to avoid scams, at least. However, if you are determined to roast the planet to try to make yourself a little spending money, please do your research before you install random programs promising miraculous results on your rig, because it's probably too good to be true.