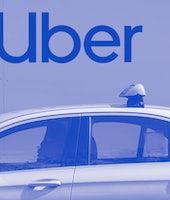 In one of the most succinct examples of how venture capitalism works, Uber share price jumped by 10 percent when its financial results revealed it lost marginally less money last quarter than previously expected. Uber expected to lose $1.2 billion in Q4 of 2019. Instead, it only lost $1.1 billion.

Which makes the case for routinely under-promising so you can consistently over-deliver. Some sense prevailed in after-hours trading with the rapid gains correcting to 5 percent, CNBC reports. It’s unclear if Uber will ever make back the money late-stage investors have lost since it listed, but you can’t blame them for being hopeful.

Profitability is still far off — Yes, Uber’s losing less money than it used to, but it’s still a long way from profitability. Its goal for this year is to achieve “EBITDA profitability.” That’s a caveat-laden version of profitability that considers Earnings Before Interest, Taxes, Depreciation and Amortization. Nevertheless, even achieving that milestone would be impressive, considering it posted total losses for last year of $8.5 billion, the bulk of which came in the second quarter before major fat-trimming.

Some good news of late — Uber’s now allowed to test its self-driving cars in California — though it’ll be some time before any hit the tarmac there — and another D.C.-focused self-driving program has gotten the green light. Self-driving tech and the legislation to govern it is still far off, but could be great for Uber’s bottom line and that of its investors... though awful for its drivers who’d swiftly be made redundant. But who cares about jobs when there’s money to be made? Not Uber’s shareholders, we’re willing to bet.

In keeping with the more historic trend of being a perpetual dumpster fire, though, Uber’s Mexico operation had to suspend 240 users’ accounts because of a coronavirus scare, and it’s struggling to get to grips with California’s new freelancer laws that prevent it treating drivers like perpetual interns. But hey, at least early investors have had a good week, and the company’s CEO hasn’t done any more pandering to the Saudis.