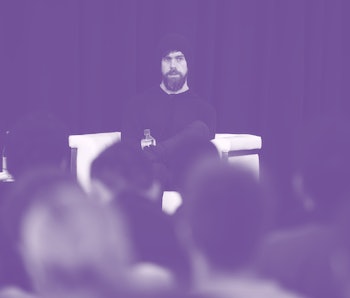 Twitter CEO Jack Dorsey will no longer be speaking at South by South West (SXSW) in Austin, Texas, because of concerns around the coronavirus. In a statement on its blog, Twitter said it’s suspending travel for all staff wherever possible to ensure “the health and safety” of its employees and partners “is not compromised.” Twitter and SXSW have a long history. The service was first announced at the annual conference in 2006, and took off after being heavily promoted at the 2007 event.

No travel until further notice — Twitter says its new policy is effective immediately and will “continue until World Health Organization or Centers for Disease Control deem it appropriate to step back from pandemic precautionary measures or when a vaccine becomes available.” Rival Facebook canceled all travel to China in January, and numerous companies are taking similar measures and limiting their attendance at large, international events.

SXSW is still on, for now — Despite a growing number of other conferences being canceled, including Mobile World Congress, Facebook F8, the Geneva International Motor Show, and a handful of smaller events, SXSW hasn’t pulled the plug on its event, though if other key speakers and exhibitors bow out, it may be forced to.

The fight against misinformation continues — Twitter, along with Google and Facebook, has been trying to combat misinformation about the coronavirus on its platform by directing users to legitimate content and flagging unsubstantiated posts.

Coronavirus may be the least of Dorsey's worries — The other big news for Twitter over the weekend was that activist fund, Elliott Management, is allegedly snapping up shares in the company in an effort to oust Dorsey. The move is suspected to be because of Dorsey’s plans to take an extended leave of absence from Twitter in Africa. Perhaps a little time at home is best, after all.