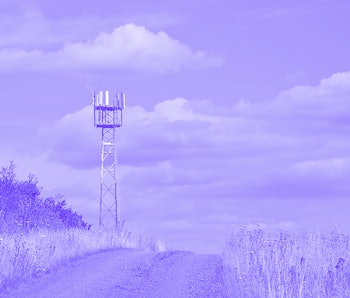 In a rare display of bipartisan cooperation, this week the Senate unanimously approved $1 billion in funding to help mobile network operators around the U.S. remove and replace any Chinese hardware in their networks. The policy, which has been nicknamed “rip and replace,” will hit Huawei and ZTE the hardest. But it could affect rural communities, too, where most of the offending hardware is deployed and the removal of which could impact connectivity.

President Trump will now have to sign off on the plan, but given his unbridled animosity toward Huawei since he arrived in the Oval Office, there’s no reason to think he’ll contest it. Huawei, meanwhile, has already tried — and failed — to sue the U.S. government over the restrictions placed upon it on the back of what it considers unsubstantiated claims about threats to national security.

It’s not a simple process — Though many of the big-name mobile networks preemptively stopped using Huawei and ZTE’s products ages ago, smaller operators still use it because it’s often much cheaper than alternatives from the likes of Nokia and Ericsson. As Wired points out, switching away from Chinese gear isn’t simply a matter of unplugging a Chinese-made component and plugging in a new, non-Chinese one. Operators have to ensure compatibility through testing to minimize disruptions. That, in turn, takes time, which costs money.

Huawei’s woes worsen — Despite posting record results last year thanks to brisk sales at home, the Chinese hardware maker is under fire in Europe and the U.S. Numerous E.U. nations are considering following the U.S. lead and banning the company’s products from their 5G networks, the U.S. is trying to limit Huawei’s access to semiconductor manufacturers, and its smartphones continue to ship without Google’s Play Store or key apps.

Rural operators may welcome the funding from the Senate, but they’re unlikely to welcome the work that’s going to be involved in expunging Chinese hardware from their networks. The only clear winners in this situation? Nokia and Ericsson.