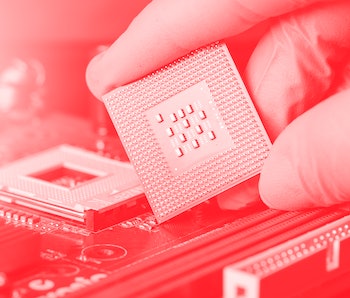 The latest salvo in the ongoing battle between Huawei and the Trump administration sees the U.S. considering moves that would make it more difficult for the Chinese hardware maker to use chipset manufacturers’ American equipment.

The new rule would form part of proposed changes to the “so-called foreign direct product rule,” which The Wall Street Journal explains limits the ability of foreign companies to use U.S. tech for “military or national-security products.” If the changes make it through, chip factories would need to get licenses to use American gear to make Huawei products.

Despite efforts to ween themselves off U.S. semiconductor technology, Chinese companies remain heavily dependent on it. Trying to throttle their access to it could help the U.S. government in its effort to stifle Chinese technological progress, but could also hurt U.S. technology companies in the process. We expect Huawei will be suitably annoyed by this new development.

Huawei just can’t catch a break — Earlier this week the company received the fourth postponement to a proposed outright ban of the company’s products by the U.S., and the Trump administration continues to caution Europe against using the company’s hardware in its 5G networks, claiming doing so might introduce backdoors that would compromise security.

But its war chest is loaded — Despite the ongoing pressure, Huawei’s smartphones still outsold Apple’s last year, and it posted record revenue figures. Making it more difficult for the company to access crucial semiconductor technology, though, might really hit it where it hurts. Though the U.S. would do well to carefully consider the unintended consequences of applying that sort of pressure.