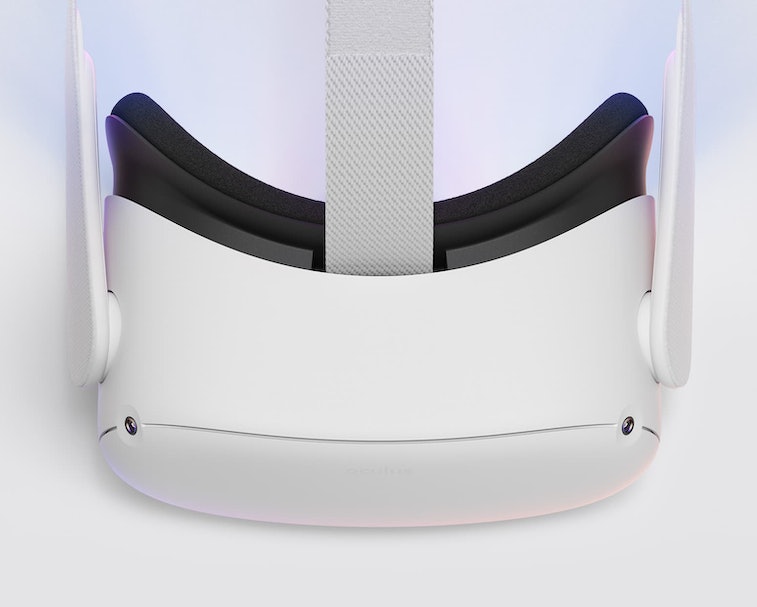 Facebook’s virtual reality arm, Oculus, has updated its excellent Quest 2 VR headset. Equipped with double the storage of the original, this version of the Quest 2 comes with 128GB of memory at the same price of $299 that the 64GB model used to come in at. All the same features of the 64GB model apply: Wireless, 3D positional audio (surround sound), and next-generation graphics.

According to a press release from the official Oculus blog, the expanded memory will allow users to increase the size of their libraries. When you get close to capping out the storage of a given gaming system or device in general, choosing what to keep or add becomes a chess match. Should I delete Fortnite? Why are COD updates over 60GB? Maybe I can get by without Google Maps?

Now that avoiding storage purgatory becomes easier with this new Oculus model, check out some of these games:

This is a logical place to start and if you’ve ever been to a VR or arcade bar, you’ve more than likely encountered this game already.

Population One is a fully-fledged battle royale game for VR. There’s a grittiness to the look and environment of the game that make it feel like a simulation shooter in addition to an intuitive control system.

Who doesn’t like a fishing simulator? It might actually come fairly close to the actual experience than other sims (relatively speaking), by virtue of the simple fact that fishing involves a decent amount of sitting and waiting. Real VR Fishing functions really well on the Quest 2 because of the precision of its controls and the overall look doesn’t feel overly produced to avoid looking like a video game.

We wish Facebook didn’t force users to have a Facebook account to use an Oculus headset, but we understand its desire to keep customers in its ecosystem, especially considering how important the social network believes VR is going to be for its ongoing dominance of the social web.