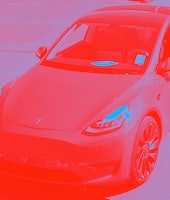 Elon Musk announced on Twitter on Tuesday that Tesla has now made 1 million electric vehicles. The company has achieved the milestone of a million units in eight years, and fittingly, the 1,000,000th vehicle is a Model Y, the company’s newest production vehicle, and one its rolling out uncharacteristically ahead of schedule. As a share of global production, Tesla’s output is tiny, but its effect on its industry has been staggering.

Thanks in large part to Tesla’s success, legacy automakers all have their eyes on electrification now. It’s unclear whether the shift would have been as swift were it not for Tesla stealing market share from them — particularly in the luxury segment — and demonstrating that consumers could be convinced to buy electric cars.

It's been a rocky road — The company hasn’t been without controversy, though. Aside from founder and CEO Musk’s antics, which have included ill-conceived Twitter attacks, problematic podcast appearances, a headline-grabbing employee handbook, and at least two questionable forays into dance music, the company’s self-driving technology has come in for criticism about its safety, and the company has been accused of questionable labor practices. Nonetheless, it keeps selling cars.

Tesla’s most daring bet yet, the Cybertruck, has enjoyed enthusiastic pre-orders, but how many of those orders will convert to actual sales remains to be seen as buyers have only had to put down $100 so far and production remains a long way off. Nonetheless, last year the company beat its own sales goal, selling over 365,000 vehicles across its various ranges and chalking up a 50 percent increase on 2018’s sales in the process.

China loves Tesla, Detroit not so much — Nonetheless, Tesla’s Chinese plant is struggling to keep up with demand, Chinese banks are eager to invest in the company, and recent rallies to its share price in the U.S. have seen it outstrip rivals Ford and GM in terms of market capitalization.

Beyond greater scrutiny from regulators and critics alike, Tesla’s success means it faces growing competition from rivals (and would-be rivals) like BMW, Mercedes-Benz, Cadillac, Volvo’s Polestar, and even Hyundai, all of whom want a piece of the EV pie. If getting the big boys chasing you isn’t proof of success we don’t know what is.