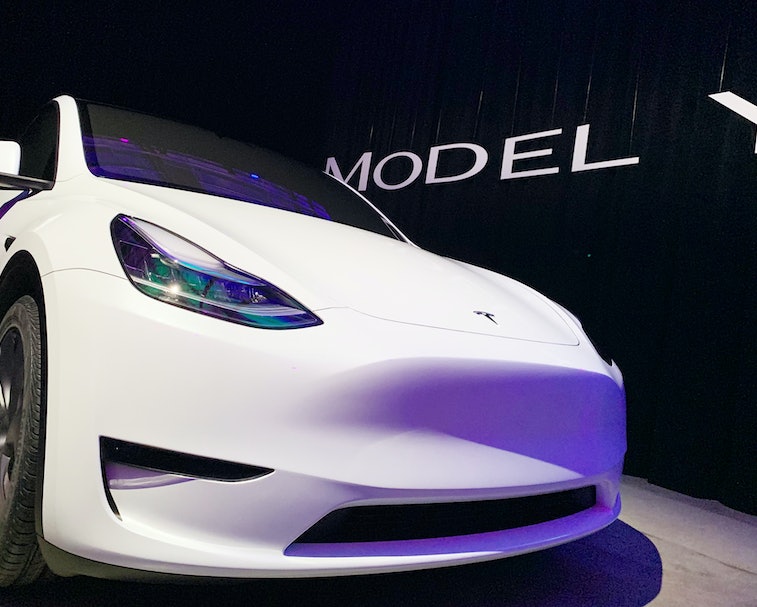 The Tesla Model Y will hit the streets sooner than expected. Its release date has been pushed up to spring 2020, the company announced in its latest earnings report. Initially slated to release in the fall, production for the crossover utility vehicle is ahead of schedule and has already commenced in the Fremont factory.

Tesla also announced the all-wheel-drive version of the Model Y will see its EPA range increase from 280 miles to 315.

Making moves in Shanghai — The bump can be partially attributed to the Shanghai Gigafactory, which was completed in just 10 months from breaking ground. Model 3 production has already begun in Shanghai, where it's expected to produce 150,000 models annually.

This frees up Freemont to focus on the Model Y. Combined production for the new vehicle and the Model Y is expected to hit 500,000 units per year.