Spotify is closing in on 400 million active users 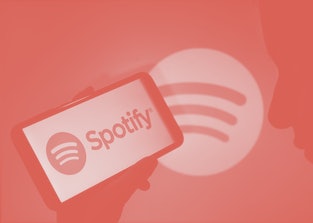 When Spotify was first released in the U.S. over the summer of 2011, users could finally stream to their hearts’ content for free, although there was ad support. That trial period ended after six months, though, and thus the Swedish company began its journey trying to convert listeners into paid subscribers. It has certainly been a successful one, as Spotify is the biggest music streaming service in the world based on paid subscribers, according to this report from Musically.

The last decade has been active for the streaming giant with increased attempts at personalization, pushbacks to this personalization, hosts of rival services, and billions of streams. Now another sign of Spotify’s ubiquity has emerged: the company is closing in on 400 million active users and is only continuing to grow with the emergence of podcasts on its platform.

A report was published today outlining third-quarter earnings for the music company, showing that monthly active users (or MAUs) had grown by 16 million since the end of last quarter in June — jumping from 365 million to 381 million. Paid subscribers was another category that experienced growth, increasing by 7 million — from 165 million to 172 million premium users. Here are some other figures from the report:

Driven by podcasts— One of the driving forces for Spotify’s sustained growth revolves around podcasts. We’re all aware of the jokes about the medium (everyone knows someone who thought it would be a good idea to broadcast their thoughts to the world only to quit maybe a week or two into the endeavor). But the streaming service obviously buys into the staying power of the medium: “The percentage of MAUs that engaged with podcast content continued to increase throughout the quarter... During the quarter, podcast share of overall consumption hours on our platform also reached an all-time high.”

Think about all of the big-name acquisitions that Spotify has made to differentiate its content. It’s no longer viable to be able to get the exclusive stream of a particular artist — Kanye isn’t going to release Donda on Tidal for a week before putting it out on other services. The same can be said for other huge-name artists like Drake, Lil Nas X, Billie Eilish, etc., etc.

Instead, Spotify has secured exclusive streaming deals with talking head personalities like Amanda Cooper of the Call Her Daddy podcast (formerly part of Bar Stool Sports) and... that guy, multi-year partnerships with established media networks like The Ringer, and its own answer to audio-chatroom services like Clubhouse, with Spotify Greenroom. The future, apparently, means listening to someone else talk to you for an hour every week.