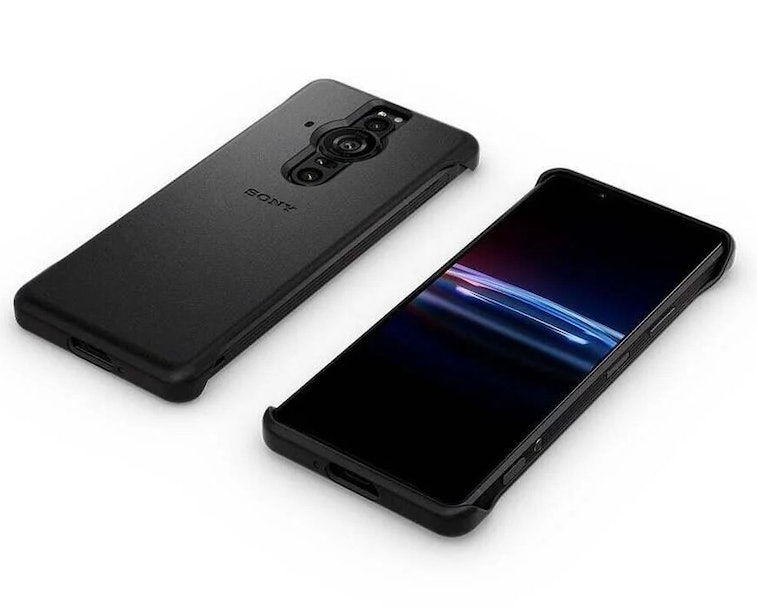 Sony’s latest camer— err, smartphone has everything you could ask for in a modern flagship Android device. We’re talking 4K, 10-bit HDR, 120Hz OLED display, Dolby Atmos, a 3.5mm headphone jack, as well as supporting the LDAC Bluetooth codec and DSEE Ultimate for upscaling audio to the highest quality. And with the top-tier Qualcomm Snapdragon 888 5G with Snapdragon Elite gaming, this phone not only offers the highest performance, but it’s a gaming beast too. Also onboard: 12GB of RAM, 512GB of internal storage that can be expanded further with up to a 1TB MicroSD card. The 4,500mAh battery is capable of fast charging up to 50 percent in 30 minutes, thanks to the included 30w charger. The list goes on.

Usually, that would be enough for a high-end smartphone to get people excited — and it is — but the Sony Xperia Pro-I doesn’t stop there. The phone is really a camera in disguise, with Sony packing in bleeding-edge features from its pricey mirrorless cameras.

“We carefully chose this name to include the ‘I’, which stands for ‘imaging’ and accurately represents Sony’s efforts to completely redefine the standards of imaging performance across our entire product lineup,” said Yang Cheng, Vice President, Imaging Solutions, Sony Electronics Inc. in a statement.

Pocket pro cam — I could spend all day listing the camera specs on the Xperia Pro-I, but what you need to know is that Sony is serious about this being a pro camera. First off, this is the first smartphone in the world, according to Sony, to use a 1-inch imaging sensor, the 1.0-type Exmor RS. It’s the same sensor in Sony’s vlogger-favorite RX100 VII, which costs $1,300. It’s paired with Sony’s Bionz X image processor, which is used in Sony’s line of Alpha cameras, such as the nearly $3,000 a7R III mirrorless camera. The Xperia Pro-I also has 315 phase-detection AF points, and AF features like Real-time Eye-AF and Real-time tracking, as well as a 20 fps burst shooting mode with AF and an anti-distortion shutter for capturing objects moving quickly in the frame.

On the hardware side, the Xperia Pro-I is equipped with three lenses: 24mm, 16mm, and 50mm. The 24mm Zeiss Tessar Optics lens is the main lens. All three lenses take advantage of the 3D iToF sensor, which can measure the distance between the lens and focus point to deliver tack-sharp images quickly.

The phone uses a similar shutter button to the one on the RX100 VII, and it operates in the same way. Long pressing the shutter button opens up Photography Pro mode, which allows you to manually adjust your image settings like on a DSLR or mirrorless camera.

Filmmaker’s dream — The Xperia Pro-I has excellent photography features, but it does videography just as well. According to Sony, this is the first smartphone to feature 4K shooting at 120 fps. It makes it possible to playback videos at one-fifth the speed (when playing back at 24 fps). You can also capture smooth video thanks to features like Optical SteadyShot with FlawlessEye. And you don’t have to sacrifice the phone’s superior AF when shooting video as it still uses Eye AF, a first for Xperia phones.

When shooting video, Videography Pro allows you to adjust focus, exposure, and white balance on the fly, giving you creative freedom as you shoot your scenes. This mode can be activated immediately by pressing the shortcut key on the phone. Cinematography Pro is another mode that can apply eight different color settings or change the aspect ratio to 21:9 for ultrawide, cinematic-like shots that appear as if shot with an anamorphic lens. With an ultrawide aspect ratio and LUTs inspired by Sony’s Venice cinema cam, your videos will look cinematic without any editing.

If you want to use the Xperia Pro-I for vlogging, which is overkill if you ask me, Sony is peddling a $200 3.5-inch LCD Vlog Monitor that can be paired with Sony’s $140 wireless shooting grip. The monitor has a 3.5mm audio jack for connecting an external microphone and will be available this December.

Professional-grade — Sony really left no stone unturned, packing as many photography and videography features into a phone that’s still only 8.9mm thick — only slightly thicker than the iPhone 13’s 7.7mm. So how much is this professional camera and smartphone combo? You may want to sit down first because the price is not for the faint of heart. The Xperia Pro-I will launch at $1,800 in December. You can begin pre-ordering on October 28 at 10 a.m. ET.

With how useful the Xperia Pro-I can be, I doubt the price will be a sticking point for professional photographers or videographers. Especially when already using Sony products in their content creation workflow, this camera could prove to be a handy B-cam that could pay itself off after a few projects.