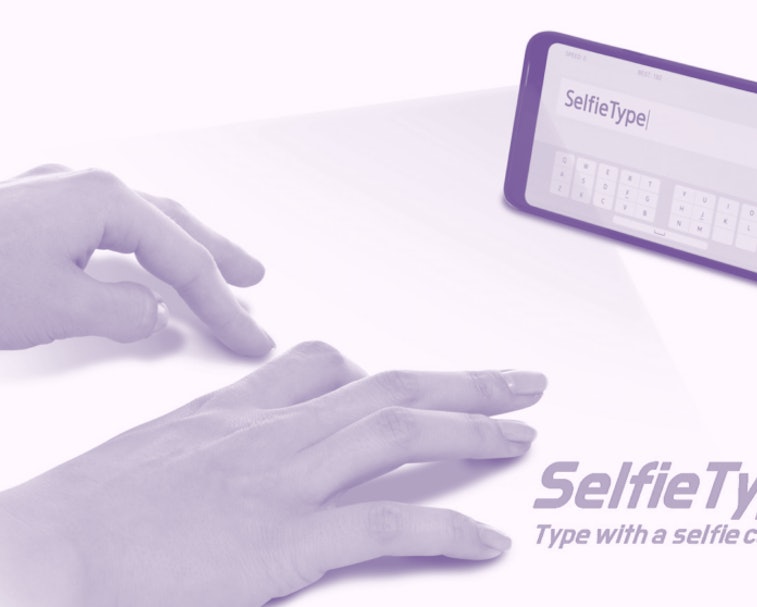 Samsung’s SelfieType harnesses a smartphone, tablet or laptop’s front-facing camera and some algorithmic smarts to create a virtual keyboard on the surface in front of the device. It's one of several innovations coming out of Samsung's C-Lab startup initiative that it plans to show off at CES.

“A proprietary SelfieType AI engine analyzes finger movements coming from the front camera, and converts them into QWERTY keyboard inputs,” Samsung explains in a post. Some of the other products include a smart highlighter, a scalp analyzer, and a window-shaped seasonal affective disorder (SAD) lamp.

We’ve seen this before –– Though Samsung’s particular flavor of virtual keyboard may be new, the idea isn’t. Over the years we’ve seen various iterations of it, from budget “laser keyboards” to probably the best-known (and most-expensive) take: Sony’s Xperia Touch.

And it’s always awful –– Every virtual keyboard we’ve ever tried has sucked. The primary problem is the lack of tactile feedback you get drumming your fingertips on a countertop.

That lack of feedback also affects accuracy and tends to result in overcompensation and sore fingers. Take away projected guidelines so you at least know where the virtual keys are and we’re anticipating an even-worse-than-usual experience with SelfieType.

There’s a reason Apple can still get away with not offering touch on its laptops –– if you’ve got serious typing to do, a physical keyboard is still the way to go. That said, virtual keyboards offer a couple of obvious advantages over MacBook ones. First, they’re immune to pesky crumbs, dust or other potentially debilitating detritus. Second, you can update them via firmware rather than with a whole new product line.