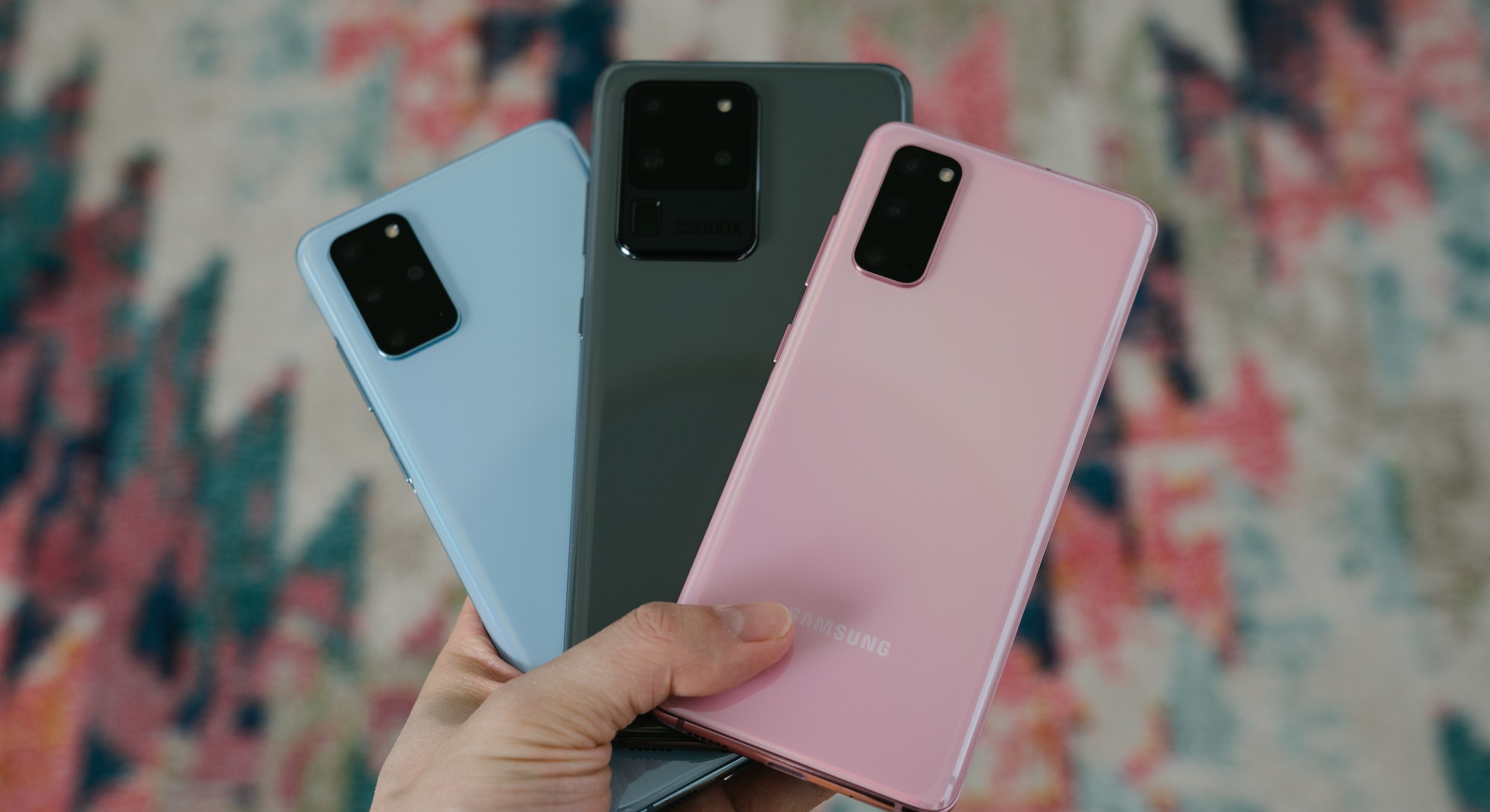 There’s so much going on inside of Samsung’s Galaxy S20 Ultra (and S20 and S20+, but these smaller models are nowhere near as stuffed with features) that I wonder how many users who buy it will even take advantage of even 50 percent of its capabilities.

I’m not complaining about all this muscle. I am the outrageous power user who fawns over the S20 Ultra’s fluid 120Hz Dynamic AMOLED display and freaks out at the four rear cameras (one of which has 108 megapixels and shoots 8K video and another with 10x optical zoom that can zoom up to 100x digital zoom).

But is all of this overkill? Hell no. Not for a phone that starts at $1,399 (the S20 starts at $999 and the S20+ at $1,199). At this price, the S20 Ultra needs to be packed with more of everything especially when phones from Chinese brands like Huawei and Oppo and OnePlus have been piling on the cameras and zoom and increasing display refresh rates at a blistering pace.

The Galaxy S20 Ultra is the culmination of 10 years of smartphone evolution from Samsung. It’s a declaration to all brands that Samsung is still a spec king. Long live specs.

Reviewers and consumers alike agree that Samsung’s last couple of Galaxy phones have been tame. Samsung’s played things extra safe since the Note 7 literally burned them. Every new version of the Galaxy S phone since has felt so incremental that they were hard to justify upgrading to if you already had an older one that worked fine.

The beginning of a new decade along with the appointment of Roh Tae-moon as the new head of mobile (sayonara DJ Koh!) means a fresh start for its phones. This reset starts with the name: Galaxy S20. There is no Galaxy S11.

On March 6, Samsung will sell three S20 phones: the S20, S20+, and S20 Ultra. These are Samsung’s largest Galaxy S series phones to date. They have bigger screens, larger camera bumps with more lenses, more performance under the hood, support 5G, and cost more than before. They are Spec Phones.

As Spec Phones, they check off virtually every box any reasonable person would care about. The only feature these phones are missing is headphone jacks, which is honestly a very trivial complaint at this point. Get yourself AirPods or Galaxy Buds (Samsung’s also got new Galaxy Buds+) or any pair of wireless earbuds; they’re available in tons of different price ranges and styles. Oh, and the physical Bixby button is gone. Finally and good riddance.

The physical Bixby button is gone. Finally and good riddance.

I’ll spare you from a lengthy write-up on the phone design. They’re glass-and-metal sandwiches. Have you ever held or used a phone made of these materials before? Phones with screens that curve into an aluminum frame? Yeah? Because all of the S20 phones feel just like them. They’re thicker than the S10 and Note 10, but they don’t feel uncomfortably so; the weight is nicely distributed so they’re lighter than look. 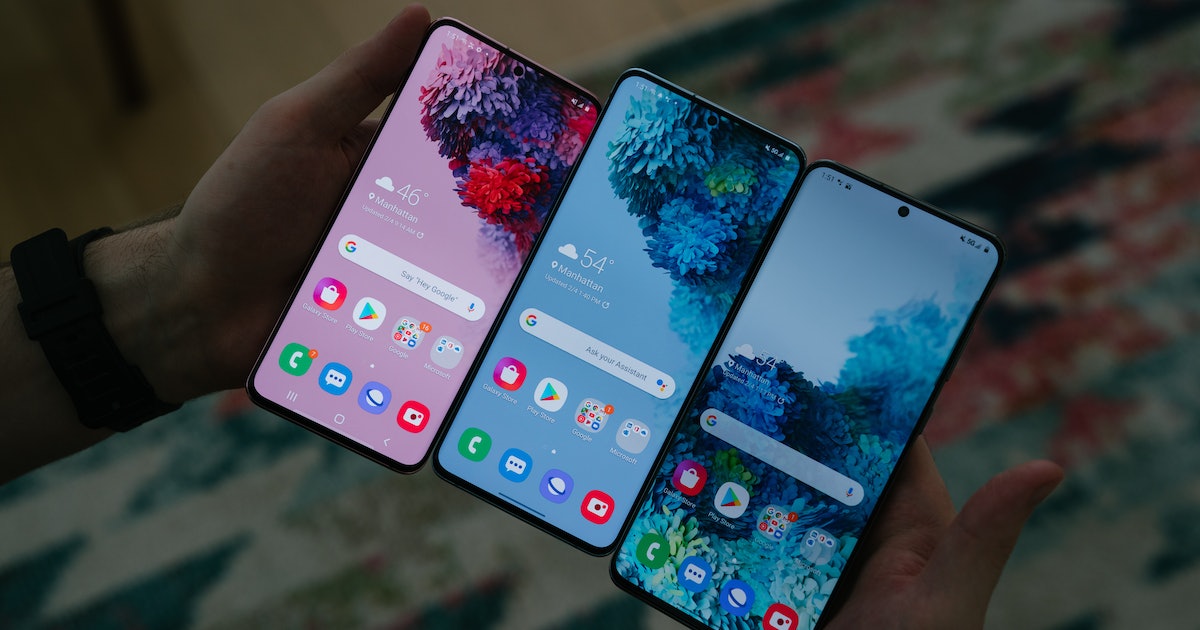 You don’t need anyone to tell you the screens on the S20 phones look great; there hasn’t been a bad Samsung display on its flagship phones in like a decade.

The one big difference, which you can’t see with the naked eye and will have to try in person, is the display's 120Hz refresh rate. When you swipe through Android 10, scroll through websites, or play games, everything is smoother. If you’ve used a OnePlus 7 Pro or 7T or Razer Phone, two devices with high refresh rate displays (90Hz and 120Hz, respectively), you’ll know how much more responsive the software feels compared to phones with lower refresh rates like the iPhone, which have 60Hz displays.

In my brief time with the S20 phones, I can confirm 120Hz is nice. Is it necessary? I don’t think so, but on a premium device, it’s damn nice to have.

Now, on to the main cameras. Samsung’s packed in all-new image sensors that have better performance all around. Pay attention to the megapixels.

While megapixels aren’t everything, more resolution means more room to crop. Why would anyone need 108-megapixel photos? Why the hell not? It’s time we moved beyond 12- and 16-megapixel photos.

Extreme zoom — More impressive is the zoom on each phone through the telephoto lenses. Like Oppo and Huawei phones, Samsung’s using a periscope lens system (a folded “Space Zoom” as Samsung calls it) consisting of lenses laid flat inside of the body that are reflected through prisms to enhance zoom.

At 100x, the phone can barely keep the image stabilized; the camera includes a crosshair in the upper left corner to help you lock onto your subject, but the image will still likely end up blurry and fuzzy. I hate to be that guy, but perverts just perked up and I could see them abusing all this zoom.

Just look at this. The zoom keeps going and going.

8K video recording — You probably don’t have an 8K monitor or TV to appreciate 8K video, but whatever, the S20s can record in 8K. Personally, I’m excited for this. I’ve been shooting 4K video for years and more resolution for cropping gives me more ways to flex my creativity. 8K video saves in HEVC (high-efficiency codec) and supports on-device editing; Samsung says a minute of 8K video comes out to around 600MB. One thing to note: 8K video is limited to 24 fps (there’s no 30 or 60 fps) and 6x digital zoom.

More useful might be the ability to pull 33-megapixel still photos out of an 8K video. Screenshots are about to get less ugly and I’m all for it.

To support 8K, users will be able to upload their 8K videos to YouTube in native resolution and cast them to Samsung’s own 8K QLED TVs.

Other neat cameras features — There’s so much more to the new cameras, but here are a few highlights:

There’s going to be a big push for 5G this year and Samsung’s playing ball. The S20 supports Sub-6 5G, meaning download speeds will top out at between 100 to 400Mb/s but will have wide coverage especially in rural areas.

The S20+ and S20 Ultra supports both Sub-6 and millimeter wave (mmWave) 5G; millimeter wave can pull down 1Gbp/s and higher download speeds but works best in urban areas at short range.

This section is for the geeks. The S20 phones have lots of specs. The latest.

Samsung has always been known for making the do-everything phone. The S20 phones carry on that tradition, but most of these upgrades feel purposeful. Maybe overkill for most people, but they don’t feel gimmicky. There’s no silly air gestures or radar face unlocking. Just simple upgrades to features that you’ll notice every day when you use the camera, the screen, or download apps.

The S20 phones are not cheap and that's okay when they pack so much inside. In recent years, Huawei and OnePlus and Oppo all overtook Samsung on the spec. The S20 phones are a show of force that Samsung still has it.

Pre-orders for the phones start on February 21 at 12:01 a.m. ET and deliver on March 6. For a limited time between February 21 and March 5, customers who pre-order and S20 can a $100 credit to use toward other Samsung products; S20+ and S20 Ultra pre-orders come with a $200 credit. All major U.S. carriers will carry the phones.