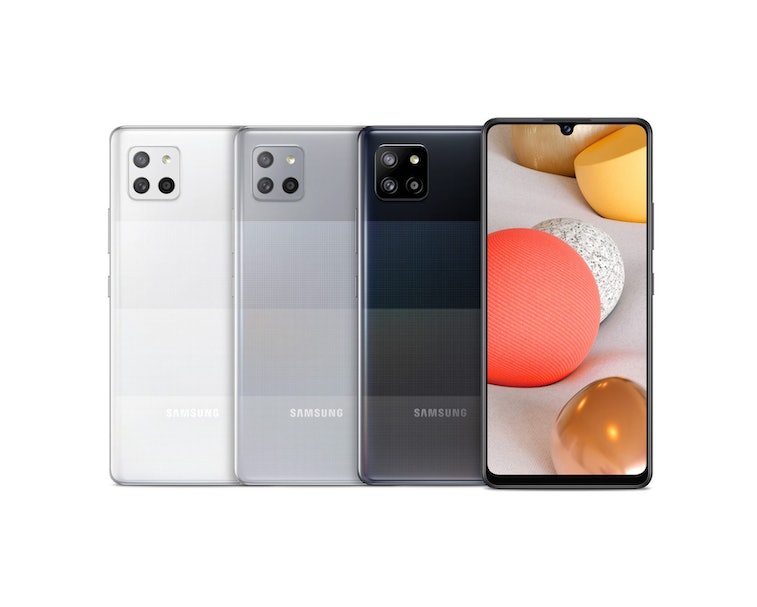 5G has been “coming” for years now, and up until around a year ago, the faster cellular data networking was mostly exclusive to premium phones. Samsung’s changing that with a handful of affordable 5G phones in its mid-range Galaxy A series, which have crept up with strong features while keeping prices much lower than the Galaxy S, Note, and Fold devices.

What you get for the price — Let’s compare some quick specs to see what kind of value each phone brings.

Different 5G flavors — If you look carefully at the specs, you’ll notice that the A32 and 52 both work with Sub-6 (midband) 5G and the A42 supports faster mmWave 5G. The latter flavor of 5G is usually only on flagship 5G phones.

The A52 is the sweet spot — At first glance, the A42 5G, the middle child, in the Galaxy A series seems like the best value. But since it’s exclusive to Verizon, the only thing it has going for it is really the mmWave 5G, which isn’t even a legit reason to buy a $1,000+ Galaxy S21 Ultra since coverage is so limited in the U.S. That leaves the A32, which is clearly the stripped-down phone, and the A52, which is the successor to the A51, one of the top mid-range phones to come out in 2020.

All three of these 5G phones will help accelerate the adoption of 5G in the U.S. and push it to become the standard. Because as nice as being an early adopter is, the real breakthrough applications for 5G won’t happen until there’s more people on the networks and as a result, there’s more incentive to develop something new. So how’s that 5G-streamed VR future we were promised looking?