Samsung's August 10 Unpacked event will be a huge gadget drop 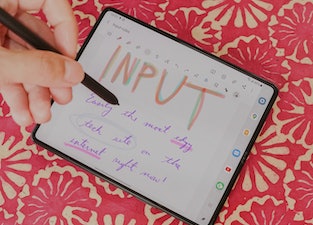 Samsung’s next Unpacked event is on August 10 at 9 a.m. ET / 6 a.m. PT. Once again, the event will be virtual. On the menu? Based on the invitation, at least a new Galaxy Z Flip, but rumors and leaks suggest Samsung also plans to introduce a new Galaxy Z Fold, Galaxy Watch, and Galaxy Buds.

Next-gen foldables — The company’s Galxy Fold 4 and Galaxy Flip 4 are expected to be updated to the latest Qualcomm Snapdragon 8+ Gen 1 chip and likely include new cameras along with the requisite tweaks to the hinge and display crease that Samsung always makes.

The company appears to be largely keeping things the same with the next Galaxy Watch, except for reportedly abandoning the Galaxy Watch Classic and its physically rotating bezel, opting instead for a “Galaxy Watch 5 Pro.”

Your guess is as good as mine for what Samsung plans to do with new Galaxy Buds. We here at Input are big fans of the Galaxy Buds 2 and the Galaxy Buds Pro, and would welcome a sequel to either. With the possibility of AirPods Pro 2 on the horizon from Apple, maybe Samsung gets ahead of them?

Early deals for Samsung loyalists — As per usual, Samsung also has an aggressive series of offers if you choose to reserve its new devices in advance from today to August 10 via Samsung.com or the Shop Samsung App. Here’s what’s on the table, directly from Samsung: