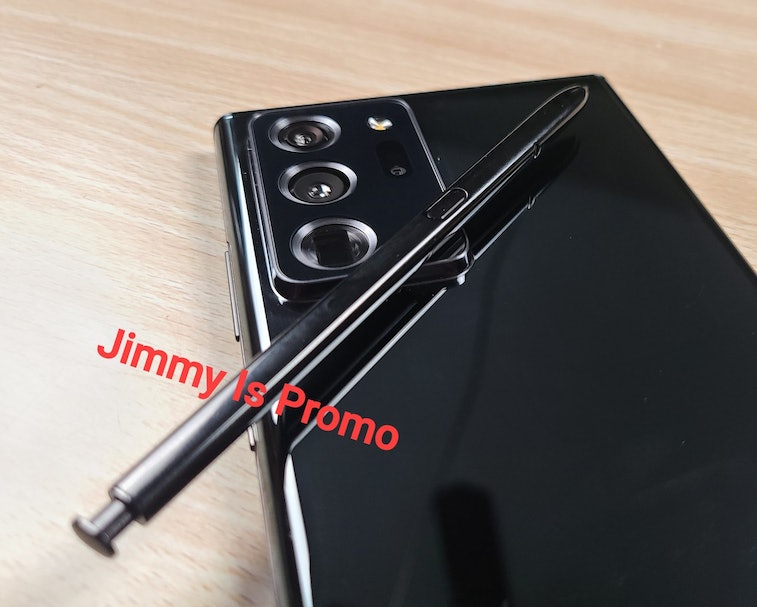 Circle your calendar: Samsung has announced its next Unpacked event for August 5, where it'll unveil the Galaxy Note 20 (and likely a few other devices).

Samsung sent the below invitation to Input for its Unpacked event. As expected, because of COVID-19, the event will be virtual. It'll kick off at 10 a.m. ET.

Bronze confirmed — The invitation doesn't share a lot, but the splash of bronze all but confirms the leaked images that were temporarily posted on Samsung Russia's website last week. I'm all for the haute colorway. I only pray the glass back can resist fingerprints better than the Galaxy S20 and Note 10.

Rumors so far — Expect a modest update to the Note 10. The Note 20 is a Note, so the body will be boxier with flatter, maybe Samsung walks back on the curved edges even more, and it'll have an S Pen. Leaked images show the bezels will probably get slimmer (who's really taking a measuring stick to these design elements anymore?) and the rear will sport a chunky camera bump with three cameras.

Rumors claim Samsung is going to chill out with the zoom and instead of going crazy with a 100x Space Zoom like it did on the S20 Ultra, the Note 20 will pack a more practical 50x zoom.

The Note 20 is a flagship phone, so expect the best specs, a large battery, 5G, and premium pricing to match. If Samsung follows the Note 10, the phone should come in two screen sizes this year as well.

What else is coming? — The Note 20 will no doubt be the marquee announcement. But Samsung's expected to pack the event with several other high-profile announcements, including the Galaxy Fold 2, which may be called the "Galaxy Z Fold 2" according to SamMobile.

A second-gen Galaxy Z Flip foldable phone, likely with 5G and the faster Snapdragon 865 chip is also rumored for the event.

And lastly, there have been numerous leaks on the Galaxy Watch 3 so there's a high chance that'll get some stage time on August 5, too.