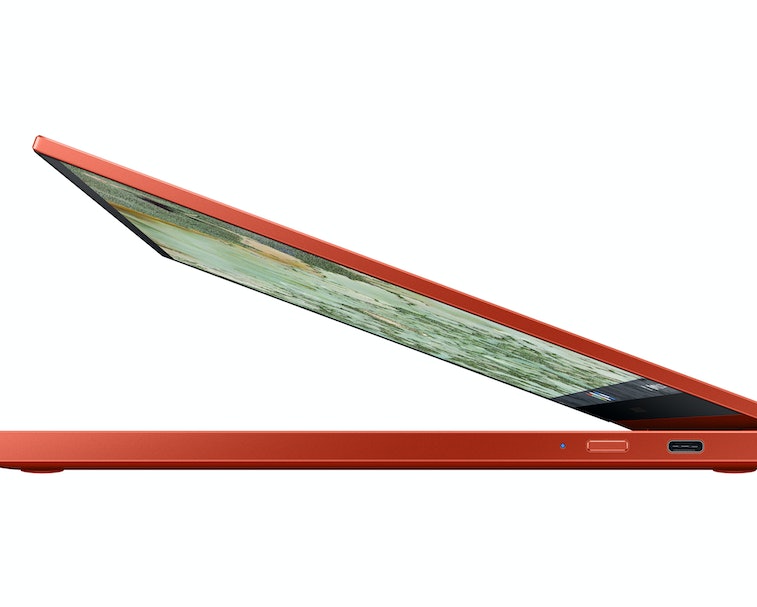 CES is going virtual this year and although the tech event doesn't technically start until next week on January 11, Samsung (among others) is getting ahead of the pack with announcements like the Galaxy Chromebook 2.

The successor to last year's Galaxy Chromebook, the Galaxy Chromebook 2 ditches many of the original's overkill features. Specs like its 4K OLED display that guzzled battery life — gone. The secondary camera used mostly for scanning documents — erased. And most importantly, the Galaxy Chromebook 2 starts at a more affordable $550 (though you probably don't want that one since it's got a slowpoke Intel Celeron processor) instead of $1,000.

Other small changes — The 2-in-1 design's similar to the first Galaxy Chromebook. It's a little thinner at just under 14mm and marginally heavier at 2.71 pounds. There's also no included stylus. You'll need to buy that separately. Samsung's also nixed the fingerprint reader.

Two colors — The aluminum laptop comes out in Q1 2021 and will be available in Fiery Red and Mercury Gray. I, personally, loved that Samsung went off the deep end and threw in every powerful spec at the Galaxy Chromebook even if it meant a $1,000 price tag. I am also that weird guy that loved the equally overkill (for its time) Google Chromebook Pixel, which I still own and use and continues to work like a champ despite being three years old. But most people are not like me and these changes in the Chromebook 2 are more of a reality check.