Samsung is building a DIY repair program with iFixit 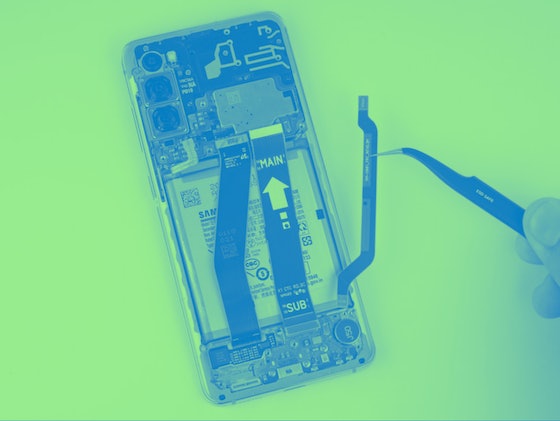 Samsung will sell replacement smartphone and tablet parts and tools directly to customers as part of a new DIY repair program launching this summer, the company announced today.

The new program is being developed in partnership with iFixit, one of the most prominent online repair communities and tool providers. iFixit already has several in-depth guides on common repairs for popular Samsung smartphones and it says more are on the way.

Early days — Samsung is starting by offering parts for three of its most popular devices, the Galaxy S20, S21, and Galaxy Tab S7 Plus. The company will sell “display assemblies, back glass, and charging ports,” according to the announcement, with the option for customers to return old parts for recycling offered as well.

The selection is admittedly very limited, but the company tells The Verge it plans to expand which devices are supported and which parts are offered “as the program matures.” Even though Samsung doesn’t explicitly mention replacement batteries, they’re likely included with (as in glued to) the “display assemblies” Samsung plans to offer, according to The Verge’s reporting.

Right-to-repair — Samsung’s program is a major win for the right-to-repair movement, following similar changes of heart from Apple and Microsoft last year. As Motherboard notes, what these companies offer isn’t as good as a federal law protecting the right to repair, but broad directives from the Biden administration show that might not be as far off as it once was either.

The point is the practice of just repairing personal electronics rather than being forced to buy entirely new replacements is being normalized. If these companies want to sell it as some kind of good-natured consumer-first feature, that’s fine. Just let people fix their damn phones.