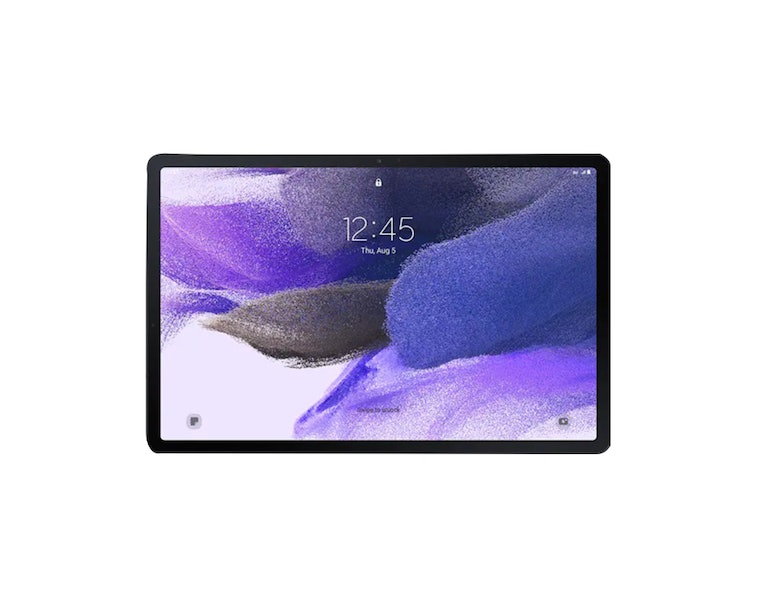 Just days ahead of its Unpacked event next week, Samsung, in partnership with AT&T, has announced three of its devices are getting an LTE or 5G upgrade. The addition of wireless network connectivity to the two existing laptops and tablet could make them more palatable for users working or studying on the move, but expect higher prices than the devices’ Wi-Fi-only counterparts.

Leading the pack is the Galaxy Tab S7 FE 5G tablet, which was released earlier this year in Europe and is finally making its way to the U.S. The 12.4-inch Galaxy Tab 7 FE 5G, the FE meaning Fan Edition, is basically the S7+ without the 120Hz AMOLED display and a slightly less powerful SoC. Powering the tablet is a Qualcomm Snapdragon 750G with an Octacore CPU (2.2GHz) and an Adreno 619 GPU. The tablet is powered by a relatively large 10,090 mAh battery. It starts at $669 and comes with 4GB of RAM and 64GB of internal storage, though that can be expanded via a microSD card by up to 1TB.

Weirdly, a version with 6GB of RAM and 128GB of storage is available in Europe, too, but is not being offered by AT&T. Pre-orders for the tablet begin on August 5 and will go on sale in stores on August 13.

Now with 5G — The two Samsung laptops coming to AT&T aren’t powerhouses by any means, but the addition of wireless network connectivity prices both of the devices at a higher tier. The Galaxy Book Go 5G features better specs than the standard model, doubling its RAM and storage to 8GB and 128GB, respectively.

Apart from the 5G connection, you can expect the same laptop we’ve already seen with a Qualcomm Snapdragon 7c Gen 2 processor onboard (2.55GHz) and 18-hour battery life. While the 5G connection and marginally better specs are solid, I expect more from a laptop that costs $799. Something like one of AMD’s new Ryzen 5000-series APUs with Radeon Graphics would have made it a much more attractive offering.

If a low-end “budget” laptop with 5G is exactly what you’re looking for, you can pre-order on August 5, with sales beginning sometime in the coming weeks. I hope you like silver as that’s the only color being offered for this laptop and the one below (the external housing of which is silver, don’t let the black interior mislead you).

Cheap LTE Chromebook — Rounding out the trio is the actually budget-friendly Galaxy Chromebook Go, which retails for $349. For comparison, the standard version costs $350, but it’s down to $129 when purchasing from Samsung. Since it’s a Chromebook, don’t expect a ton of performance, but at least the price is reasonable.

The Intel Celeron onboard (1.10GHz/2.80GHz boost) with integrated Intel UHD Graphics is nothing to get excited about, but it’s serviceable enough for general productivity and surfing the web with the LTE connection — no 5G on this one. You’ll get 4GB of RAM and 32GB of storage, which is on par with most Chromebooks in this price range.

With access to Google Drive built-in, storage isn’t a huge issue, though a MicroSD card slot makes it easy to expand the storage capacity. The 5,840 mAh battery can keep the laptop alive for 12 hours. It apparently has a “military-grade design” to handle some rough handling, and it features a 180-degree screen hinge. This device is also up for pre-order on August 5, and it’ll be available in stores on August 13, with online sales starting on August 27.

AT&T is slashing the price of the Chromebook by 50 percent to $175 for new and existing customers. But it does require a 36-month agreement.

The best deal? — As a Chromebook user since the early days — my first Chromebook was a Samsung — I welcome the LTE connectivity, especially at such a low price. I only really need Google Docs to do my work, which works out fine for me, but anyone who needs to edit video, images, or do anything more than write an email or scroll social media should probably look elsewhere.

The Galaxy Tab S7 FE 5G has much better performance and can be used as a laptop with the Book Cover Keyboard accessory. On paper, the Galaxy Book Go 5G doesn’t justify its price, but a price somewhere around $500 to $600 would make it a viable choice for those looking for a truly portable machine with all-day battery life. If any of these sound like a must-buy, pre-orders open tomorrow, and you’ll have the option to add any of the devices to an unlimited plan for $20 a month.