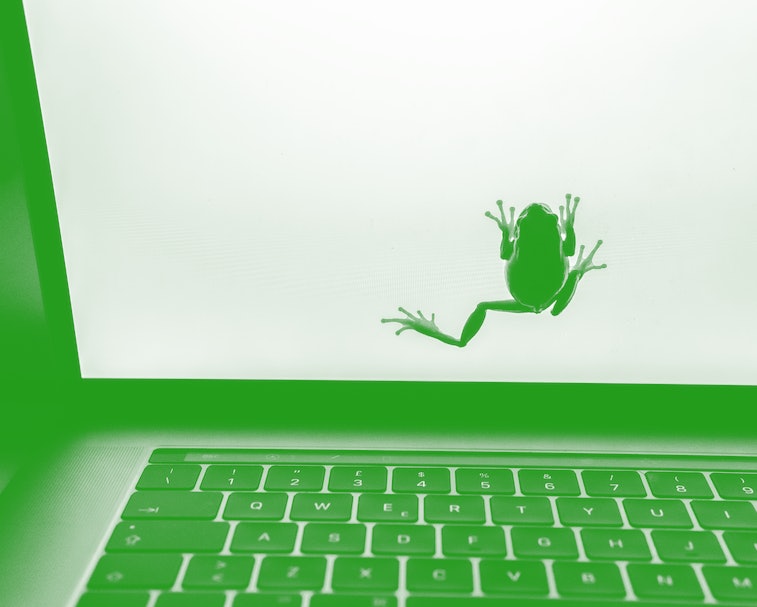 There's no denying video-conferencing app Zoom is something of a dumpster fire. Despite a meteoric rise in use due to global stay-at-home measures in the wake of the coronavirus pandemic, the service continues to raise red flags with anyone who cares about privacy. Fortunately for it, though, the alternatives aren't great. Facebook is reviled, Skype is ruined, Houseparty isn't suited to large groups. But now an unlikely newcomer is hoping it can use patriotic rhetoric and xenophobic zeal to steal Zoom users away: far-right social network Gab.

In a letter to users on Wednesday, Gab linked to a heap of stories outlining the security problems various outlets have raised about Zoom and says its "been following the horrific news about Zoom's many problems and decided it was time for someone to step up and build an American made alternative based right here in the United States of America. We spent the last week working around the clock to build an incredible product that we know you're going to love."

Gab says its forthcoming video conferencing service "will extend all users the full protection of U.S. data privacy law," and adds that it "will not, now or ever, censor content on behalf of the Chinese Communist Party."

No, this is not a joke — If you've never heard of Gab, well, count yourself lucky. It's an "alternative social network" with a green frog for a logo that champions freedom of speech above anything else, which has made it a safe haven for racists, anti-Semites, conspiracy theorists, and anyone else who's managed to behave sufficiently abominably that even Twitter and Facebook deems them too depraved for their consistently troll-friendly networks.

Gab, of course, will tell you it's nothing of the sort. The fact that cretins use it isn't because its the perfect social media service for 8chan users. It's simply a conduit for free speech. And letting people freely spew hate isn't just your right as an American, it's your right as a human.

Granted, pretty much anything other than Zoom looks like a good idea right now. And perhaps Gab can address all of Zoom's failings. But if you're looking for a Zoom alternative that allows for multiple users and doesn't empower neo-Nazi discourse, we can recommend Apple's FaceTime. Hell, even Facebook Messenger (which is now available for desktop) suddenly doesn't look so bad.