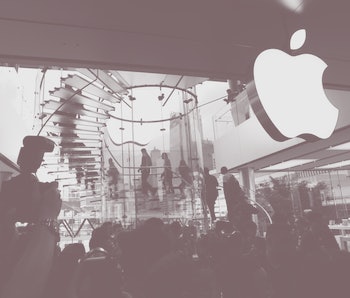 Last month, analyst Ming-Chi Kuo said Apple will release five iPhones this year, including some with 5G modems. This week Kuo reiterated that position, saying in a research note seen by MacRumors that both sub-6GHz and sub-6GHz-plus-mmWave iPhone models will be unveiled in September 2020, and go on sale shortly thereafter.

Kuo further claims Apple might “disable 5G” for iPhones launching in countries with limited 5G deployment to save costs. If that translates to leaving out a 5G antenna, we understand, but if it’s a software limitation to save licensing fees or similar, we’ll be pissed. We hate it when companies artificially hamstring products.

What’s real 5G anyway? — The new mobile internet standard is already rife with controversy. First, there’s the AT&T 5G E debacle, which is really 4G LTE. Then there are T-Mobile’s claims about being first to roll out a national 5G network, even though its use of low-band 600MHz spectrum means data speeds top out at 4G LTE as well.

Verizon, meanwhile, does offer blistering 5G speeds in 30+ cities through mmWave tech... but you have to be within line-of-sight of a 5G cellular node for it to work. The company's also delaying the expansion of its home 5G until the second half of this year.

With 5G connections expected to exceed a billion devices by 2023, and plenty of demand for 5G-capable phones here and outside the U.S., we’re hoping for some parity and clarity this year, rather than ongoing obfuscation.