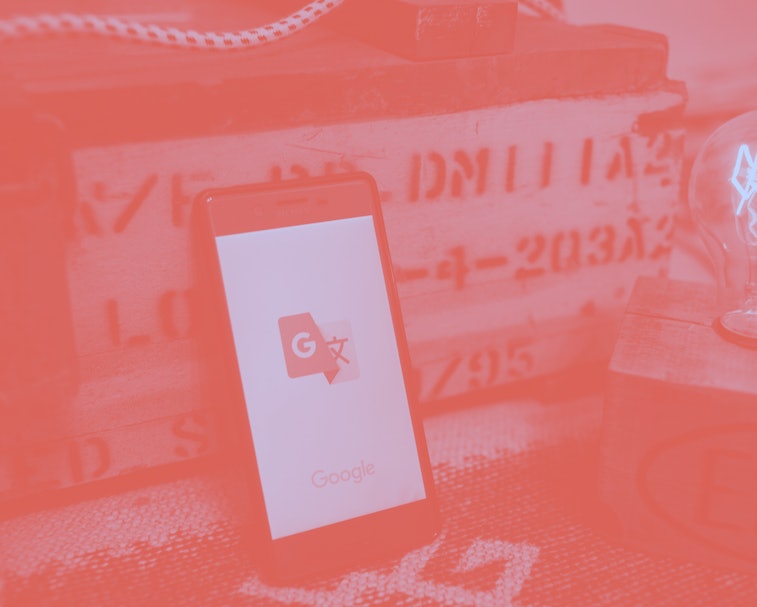 Between the ever-improving quality of its translations and the ability to point your smartphone camera at foreign text and see it rendered in your mother tongue, Google Translate is already jaw-droppingly good. Now The Verge reports it’s set to get even better, with Google planning to add live transcription to the Android version of its Translate app in future. Which means it’ll convert audio of one language to text of another in real-time.

Foreign speech to local text — Google showed off a prototype of the feature earlier this week and says at launch it’ll likely require an internet connection. Google Translate lets you download languages for offline use of its text and camera-based translation services, but recognizing audio, converting it to text, and translating it requires more processing clout… plus, what’s the use for Google if it can’t collect all the audio to improve its translation model?

Though Google says the tool won’t support the uploading of audio files at first, there’s nothing to stop users playing pre-recorded audio and pointing their phone at the source. By the time the service actually arrives, though, this and other features may be available, because Google hasn’t committed to a launch date.

No hablo ingles — The next step is for Google to go full Babel Fish and support multilingual audio-to-audio translation and then build it into its Pixel Buds. Otherwise you’re still going to have to convince a cab driver to speak into your phone.