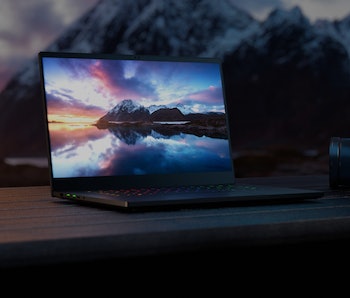 Razer is leading the way with its refreshed Blade 15 — the first laptop with an ultra fast 240Hz OLED display.

Over the years, Razer has developed a reputation for offering solid gaming laptops with top-of-the-line specs and designs clearly meant to attract gamers. The Blade 15, however, offers a powerful laptop with a display that’s fast enough for competitive gaming, but also bright enough for creative tasks like editing photos or videos.

Beyond gaming — Razer will be equipping the new Blade 15 with a 12th-gen Intel Core i9 processor and a Nvidia GeForce RTX 3070 laptop GPU. The gaming laptop will also have 32GB of DDR5 RAM, 1TB of SSD, and an extra M.2 slot to expand the storage capacity.

But the star of the new Blade 15 is its impressive display. The OLED display will have a 240Hz refresh rate that provides a 1ms response time. Since it’s OLED, the display can reach 400 nits of brightness and 100 percent DCI-P3 color, making it a solid choice for watching movies with its color range. Razer made sure to include a ton of ports into the Blade 15 as well, with a Thunderbolt 4, USB-C, USB-A, full-size SD card reader, and HDMI ports.

Coming this year — Razer said it will be releasing the new Blade 15 in the fourth quarter of this year, starting at $3,500. At that price point, it’s competing with MacBook Pros and other high-end laptops, but at least Razer put in the specs and the display to make it worth it.

If that’s a little too expensive, Razer previously refreshed their Blade 14, 15, and 17 gaming laptops earlier this year. These alternatives are still pretty expensive, but still more affordable since they start at $2,000, and worth considering if you’re not interested in an OLED screen.