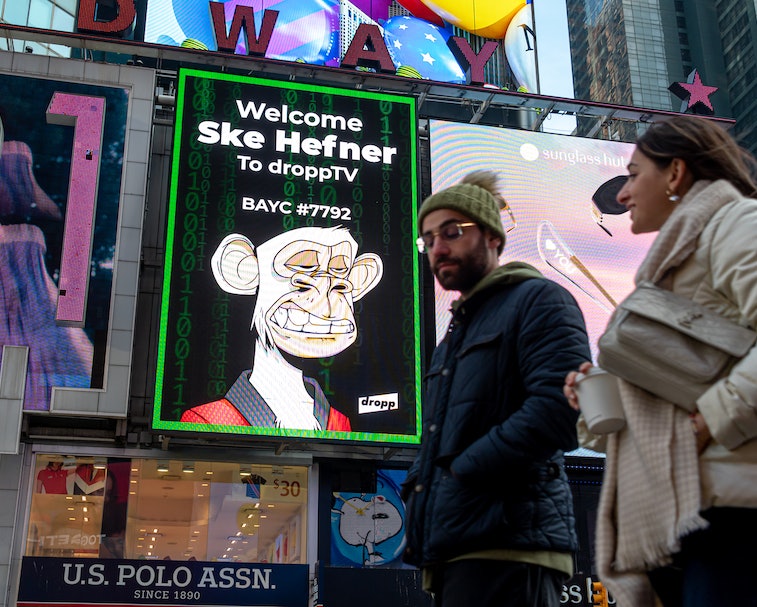 An NFT bubble waiting to burst isn’t the only pitfall owners of Bored Apes have to fear according to a recent lawsuit filed against OpenSea, the predominant digital trading platform for NFTs.

Timothy McKimmy, a Texan NFT trader is suing the platform, alleging that the company was aware of some technical shortcomings that led to the theft of an NFT from famed collective, Bored Ape. Yacht Club. McKimmy filed the suit in the U.S. District Court for the Southern District of Texas after Bored Ape #3475 was taken from his crypto wallet.

In the transaction log for the Ape in question, the collectible is transferred from McKimmy’s account to an account named dextermoonshine, which then sold it for 0.01 ETH ($25.97) to 0EA12C before finally selling again to JackkW for 98.9 ETH ($256,849.23).

Here’s an excerpt from the lawsuit with the Defendant being OpenSea in this case:

To use OpenSea, users must connect crypto wallets to OpenSea. Defendant was aware of security vulnerabilities in its platform. Despite having full knowledge of these security issues, Defendant did not properly inform its users and did not timely put adequate safety measures in place. Instead of shutting down its platform to address and rectify these security issues, Defendant continued to operate. Defendant risked the security of its users’ NFTs and digital vaults to continue collecting 2.5% of every transaction uninterrupted.

Intrinsic value?— While the current value of the stolen collectible sits at 225 ETH or about $580,000 as of publication, McKimmy is seeking $1 million in damages in addition to the return of the NFT. Each Ape is made up of preset traits that are used to create artwork sold as an NFT. The rarity of said traits determines the NFT’s value — a certain background color here, or a specific accessory there ultimately influences whether an NFT is worth $100,000 or $1,000,000.

For McKimmy’s Ape, the addition of a baby bonnet is the impetus for the high-priced lawsuit — only 200 of the 10,000 Bored Apes (or 2%) in the collection include that particular piece of headwear.

Within the case, McKimmy asserts that Justin Bieber’s recent acquisition of a Bored Ape sets the bar for the amount of money he is seeking in damages. Since the baby bonnet-sporting Ape has a higher rarity score than Bieber’s, the plaintiff (McKimmy) should naturally be entitled to a larger sum of money. Or at least that’s the crux of the complaint.

Bieber is one example of the many of celebrities who have lent their support to fueling NFT craze, including Paris Hilton, Snoop Dogg, Reese Witherspoon and more.