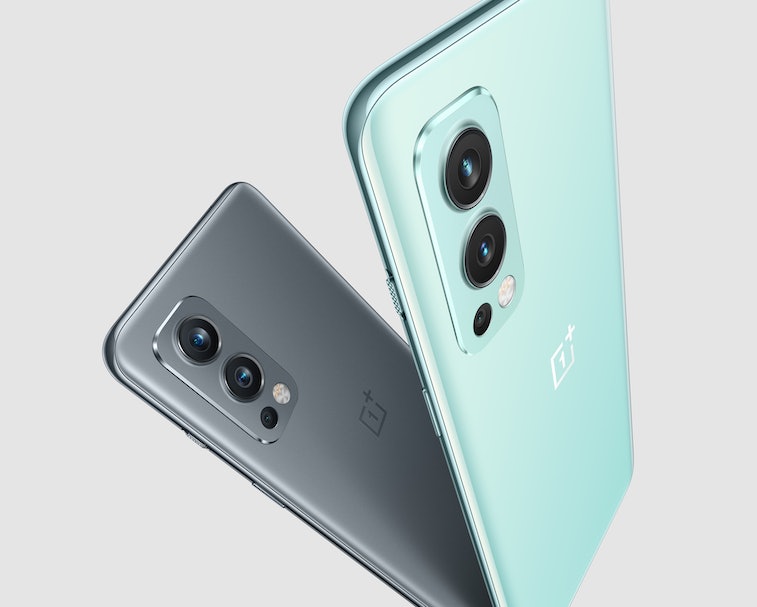 The original OnePlus Nord surprised many, including us. We didn’t expect a mid-range phone to punch that much above its weight. Many budget Nords devices later, the “Never Settle” brand is finally launching the Nord 2 5G.

Leakers were right for the most part. The Nord 2 5G is stuffed with many flagship-level features, such as the 90Hz display and 5G, but it manages to stay at a competitive price starting at €399 (about $470). It’s launching on July 28 in India and Europe. Once again, OnePlus is snubbing the U.S.; you can probably get it online through another vendor if you really want it, though.

New phone, new chip — Though the OG Nord came with Qualcomm’s mid-range Snapdragon 765G, the Nord 2 5G goes for the slightly more powerful MediaTek 1200 Dimensity-AI chip instead. The 8-core processor is based on the regular MediaTek Dimensity 1200, with improvements made to the AI via software, hence the “AI” moniker; there are no hardware upgrades so don’t expect clock speeds faster than the 3GHz max clock speed. In English? Per OnePlus, the processor has a 65 percent faster CPU and a 125 percent faster GPU than the first Nord’s Snapdragon 765 chip.

A faster processor and more responsive 90Hz display are healthy year-over-year upgrades, but what about battery life? The Nord 2 5G has a 4,500 mAh dual-cell battery, which is slightly bigger than the Nord’s 4,115 mAh. Like basically all of OnePlus’s flagship phones, the Nord 2 5G supports Warp Charge 65, and according to OnePlus, it can charge fully charge the phone from 0 to 100 percent in “less than 35 minutes.” With how power-hungry 5G phones are, Warp Charge is a must-have feature to compensate. Another feature the first Nord didn’t have: dual 5G SIM card slots capable of up to 2.96Gbps maximum download speed.

Say cheese — The 50-megapixel camera with f/1.88 aperture and optical image stabilization is the headliner in the triple camera setup. The camera uses an upgraded Sony IMX766 sensor that’s able to capture up to 56 percent more light for better low-light photos compared with the camera on the first-gen Nord. The sidekick to the main camera is an 8-megapixel ultra-wide lens with a 119.7-degree field of view. The third camera is a monochrome lens for black and white pictures (but we all know how useless those usually are). On the front, there’s a 32-megapixel selfie camera with Sony IMX615 sensor — the highest resolution selfie camera in a OnePlus phone according to the company.

Beyond the lenses and sensors, it appears the new MediaTek chipset will be doing some heavy lifting to improve image quality. The Nord 2 5G includes Nightscape Ultra which, combined with the Sony sensor on the 50-megapixel camera, makes it possible to capture images in low-light (1 lux minimum) conditions. Another feature, AI Photo Enhancement, can detect 22 different shooting scenarios and auto-adjust certain settings (what those are is unclear). For video shooters out there, the phone has an “AI Video Enhancement” feature that is supposed to improve the “brightness, color, and contrast of video recordings in real-time.”

Two years of updates — The Nord 2 5G ships with OnePlus’ Oxygen OS 11.3, which includes several features such as an improved Dark Mode and Zen Mode. With the recent news that the budget OnePlus Nord N200 5G would only receive one major Android update, many were put off by lack of support. The Nord 2 5G, however, will receive two years of “major Android updates,” according to OnePlus, and three years of security updates. After that, you’re on your own.

Price breakdown — The Nord launches next week on July 28 in India and Europe starting at €399. Again, no U.S. release like the original Nord. In Europe, there will be an 8GB of RAM option with 128GB of storage and a more expensive €499 version with 12GB of RAM and 256GB of storage. India gets an extra configuration: 6GB of RAM + 128GB storage for a lower entry price (27,999 INR or about $376). Colors vary by model. Both regions will get Blue Haze and Gray Sierra; India gets a special Green Woods colorway for a high-end 12GB RAM + 256GB of storage model.

Don’t be mistaken, the Nord 2 is still very much a mid-range Android phone. It’s a faster mid-range phone, but it’s still mid-range so temper your expectations. For a flagship-class OnePlus phone with a matching camera system and even more powerful performance, you need to step up to the OnePlus 9/9 Pro — and pay more for it all.