OnePlus and Hasselblad join forces for killer cameras on OnePlus 9 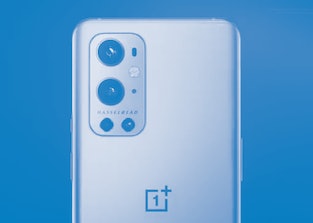 The launch date for the OnePlus 9 series.

The rumors were true: OnePlus is partnering up with Swedish camera maker Hasselblad to co-develop camera technologies for future smartphones.

The two companies announced a three-year deal that will see OnePlus invest $150 million on camera development. This is excellent news for the future of OnePlus phones and shows the company's commitment to keeping pace with Apple and Samsung on smartphone photography and video.

The OnePlus 9 series (presumably the 9 and 9 Pro), launching on March 23, will be the first OnePlus phones to include a camera system designed by Hasselblad.

"With OnePlus' top-of-the-line hardware and computational photography and Hasselblad’s rich aesthetic knowledge in traditional photography, I am confident that the OnePlus 9 Series will be a major leap forward in our ability to deliver a premium, flagship camera," OnePlus CEO Pete Lau said in a press release.

Better color calibration — According to OnePlus, the partnership will start with "software improvements including color tuning and sensor calibration" and expand to "more dimensions in the future." That's a good start because the color science on OnePlus cameras has always been a little off from reality compared to iPhone and Galaxy, especially when it comes to night photography.

OnePlus 8 camera specs — OnePlus also took the wraps off some preliminary OnePlus 9 camera specs. The series will use a "custom Sony IMX789 sensor" which as you may know is a 48-megapixel sensor. OnePlus is also touting improved HDR video, 4K 120 fps, and 8K 30 fps.

Unfortunately, there's no mention of any "moon" related info. This suggests the "moonshot" Lau teased may not be related to any kind of crazy periscope zoom lens. Guess we'll know for sure on March 23 at 10:00 a.m. ET when the phone gets official.

What we know (so far) — Based on rumors, these are the specs we're expecting from the OnePlus 9 series: