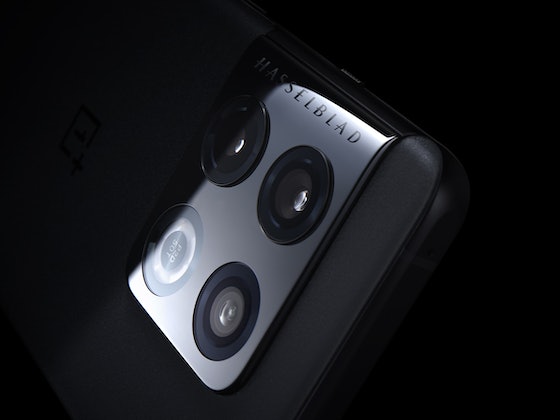 The OnePlus 10 Pro information tricklefest continues. Earlier this week at CES 2022 we saw the new design and got most of the Android phone’s specs. Today, OnePlus has lifted the embargo on the OnePlus 10 Pro’s triple-lens Hasselblad cameras housed inside of its new ceramic plate.

OnePlus says the second-gen Hasselblad camera system has several new features including a “Billion Color Solution” and a new 150-degree FOV ultra-wide lens (up from the 123-degree FOV on the OnePlus 9 Pro). The OnePlus 10 Pro also has a second-gen “pro mode” and a new “Movie Mode” for video.

More color consistency — Does your phone’s camera really need to pump out images capable of covering 1 billion colors? Probably not. But neither does your TV, and that hasn’t stopped TV makers from repeatedly upping the ante on color reproduction. OnePlus says the 10 Pro’s camera “shoots in 10-bit color” and “captures photos with a 25% increase in DCI-P3 color gamut coverage and can process 64 times more color than its predecessor” compared to the OnePlus 9 Pro. Additionally, OnePlus says the colors are more consistent when switching between the 10 Pro’s three rear cameras.

Even wider ultra-wide pics — The OnePlus 9 Pro’s 50-megapixel 123-degree ultra-wide lens is one of the better ultra-wide cameras I’ve tested with sharp corner-to-corner details. The ultra-wide camera is again 50-megapixels, but the field of view is wider at 150 degrees. OnePlus says there’s a new “Fisheye Mode” that produces images with the distorted characteristics that that fisheye lenses are known for. If the 150-degree FOV is too wide, there’s an option to shoot at 110 degrees FOV with AI distortion correction.

More pro-ish video capture — The iPhone 13 Pro can record video in ProRes. The OnePlus 10 Pro has a “Movie Mode” that the company says supports “LOG format without a pre-set picture profile.” LOG for those who are used to recording on auto records footage in a flat profile so you can color grade it later. The mode also lets you control ISO, shutter speed, and other settings.

Improved Pro Mode for stills — OnePlus says the Pro Mode on the OnePlus 10 Pro lets users take 12-bit RAW photos from all three cameras and supports RAW+ which gives you RAW format features as well as “computational photography elements.” Most people will never use RAW or RAW+ — OnePlus is clearly angling the 10 Pro at enthusiasts who shoot manual.

Wait for our review — Phone makers can boast about all the new camera features in their phones all they want. The real test will be when reviewers like myself put the OnePlus 10 Pro cameras through the wringer in real-world shootouts. Will the OnePlus 10 Pro cameras take better photos and videos than the reigning iPhone 13 Pro and Galaxy S21 Ultra champs? And how will they fare when new phones like the Galaxy S22 Ultra are right around the corner? We’ll have go deep.

This article was originally published on Jan. 7, 2022