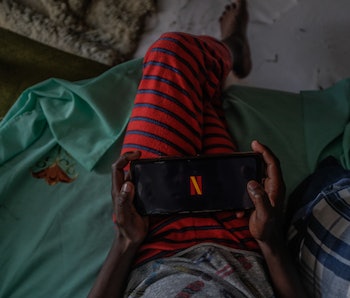 This year has not exactly been one to write home about for Netflix. As such, the streaming company circled back to the idea of introducing a lower-cost membership tier, featuring advertisements, earlier in March. However, the reality of integrating ad-support into its business model still seemed like a distant move considering CFO Spencer Neumann stated that ads, while not an impossibility, were not part of the plan.

As reported by The New York Times though, two Netflix employees speaking under the condition of anonymity described an internal message that detailed a plan to introduce an ad-supported subscription during the final three months of the year. This sudden course correction, after years of aversion, arrives during a particularly rocky time for the entertainment brand.

A Q1 earnings report revealed that Netflix had lost 200,000 subscribers, with expectations to lose another two million users during Q2. This slow in growth was quite an anomaly, marking the first time the company has suffered from a loss in subscribers since 2011. Accordingly, its stock took a hit shortly after the announcement, coinciding with a $70 billion drop in overall valuation.

Break in case of emergency — Initially, the plan to offer an ad-supported membership seemed to be far-off . After all, Netflix, despite being around for longer than any of its competitors, was still the last bastion of ad-free streaming. When Neumann was asked about the possibility of implementing ads into the Netflix ecosystem in February, he stated the following:

“It’s hard for us to kind of ignore that others are doing it, but it now doesn’t make sense for us.”

The issue with moral victories is that they don’t pay the bills. In the aforementioned internal note, attitudes towards ad integration have certainly changed, with Netflix executives citing the success of HBO and Hulu in being able to “maintain strong brands while offering an ad-supported service.”

Netflix has already begun tightening the proverbial ship and, to mitigate some damage, password sharing will soon be outlawed. Those who have been sharing their accounts either knowingly with friends and family or unknowingly with strangers and exes, will eventually be charged a higher subscription fee.

Last year, Netflix began investing in the video game space in order to differentiate itself from the rest of the pack and recently announced the addition of 50 mobile games to its service. Input has already undertaken the task of trying out some of these titles so you don’t have to, and while nothing demands our attention yet, Netflix is still looking to continue down that path for the time being.