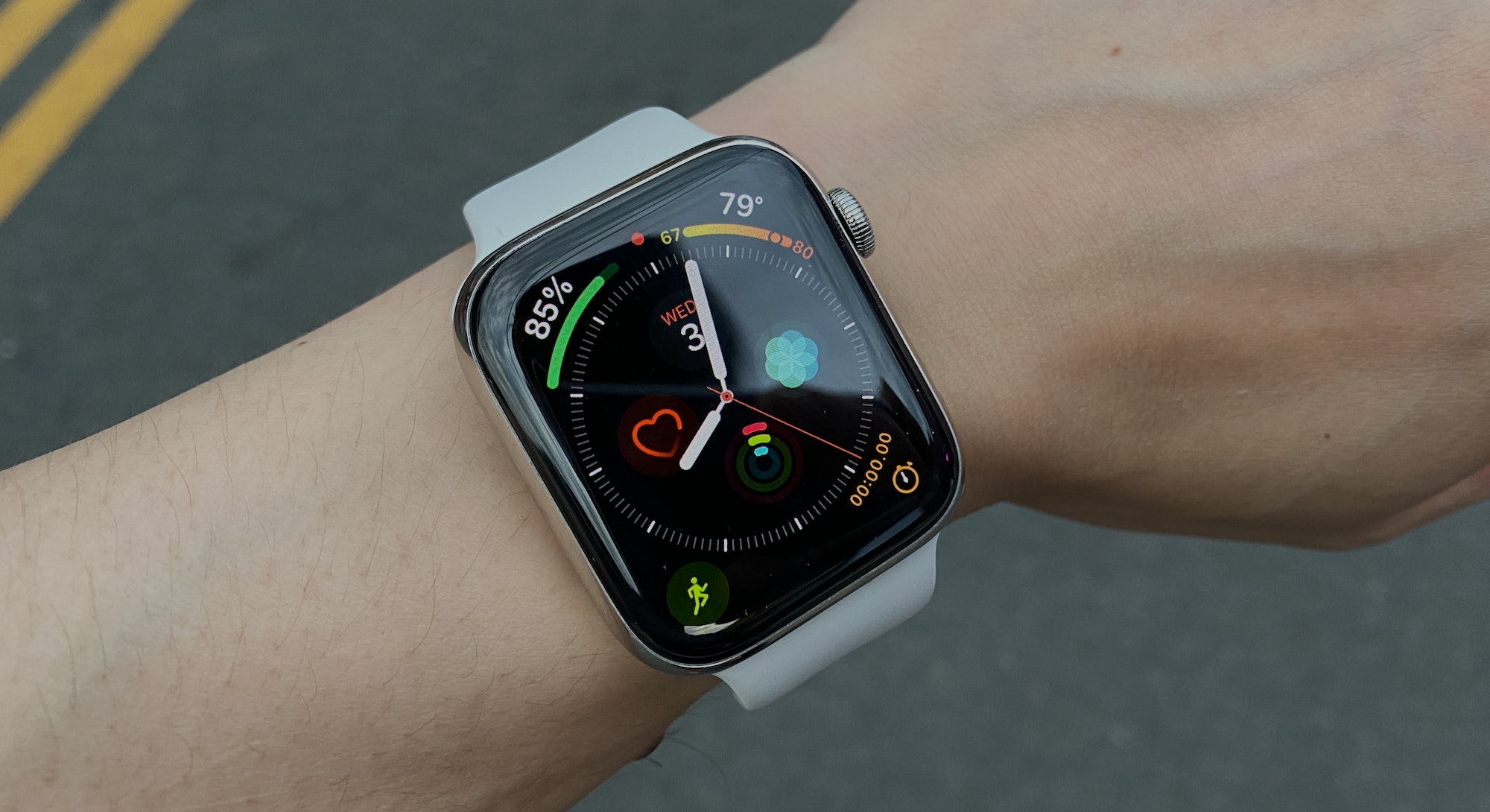 The pandemic has given birth to many personal essays about the devices keeping people sane this year.

The New York Times declared the iPad the “gadget of the pandemic.” I’ve read myriad love letters to Peloton. Buzzfeed wasn’t wrong when it told people to “fuck it, get a Facebook Portal.”

Five months after the CDC declared COVID-19 a pandemic and several months since being locked up in quarantine, I can think of only one gadget that has helped (and continues to help) me make it through each long, dark day: my Apple Watch.

Not my laptop, which I’m glued to longer than ever before. Not my phone, that alerts me every time Trump fires off a tweet. And not my TV, which has seen endless hours of Netflix streaming in my small New York City apartment.

What I once considered a nice optional accessory to the iPhone has become something I can’t live without. Here’s why it’s the must-have gadget for navigating the a̶p̶o̶c̶a̶l̶y̶p̶s̶e̶ pandemic.

I admit that I found it intriguing when Apple first started referring to the Apple Watch as an “intelligent guardian for your health.” This seemed like a major shift in messaging for a smartwatch that was finally finding its footing as a fitness device. Just as the Apple Watch was biting into Fitbit’s pie, Apple was veering just a little bit into uncharted waters to position its smartwatch as a health device. It's not a replacement for a doctor, but more like your mom nagging you. This was Apple getting really serious about the Apple Watch.

Apple has taken this Apple Watch mission very seriously. Many of the Apple Watch’s health features including the electrocardiography (ECG) app, irregular heart rhythm notifications, and fall-detection have helped save lives. So it’s only natural that Apple is doubling down on more health features in new versions of watchOS and the Apple Watch. For example, the upcoming watchOS 7 brings sleep tracking to Apple Watches and rumor has it Apple is working on asthma monitoring and blood oxygen detection.

Prior to the pandemic, I wore my Apple Watch Series 4 for half of a week and a mechanical watch the other half. Why only half the time? Phantom vibration syndrome. When the original Apple Watch came out, I wore it every day for over a year and got used to it constantly buzzing my wrist. At night when my Watch was charging or whenever I wasn’t wearing it, I’d feel imaginary vibrations on my wrist. Hence, the term phantom vibrations. It was making me lose my mind — making me too connected to my digital life — so I decided to split my watch time between it and a traditional timepiece.

Then the coronavirus reached U.S. shores and New York City was locked down in quarantine for months. At first, I thought I’d simply stop wearing my Apple Watch since I wasn’t able to go outside. But the opposite actually happened and I found myself wearing it every day and even using features I previously didn’t.

Compared to The Before Times when I used my Apple Watch mainly for notifications and tracking evening runs, the smartwatch has now weaved itself into nearly every part of my daily schedule and really has become my personal health guardian (cheesy as that sounds). The Apple Watch has held me accountable in ways my iPhone hasn’t.

Sidekick on my wrist

During quarantine, I decided I needed to stay active even if I couldn’t go out. My Apple Watch became my stopwatch and fitness tracker for getting daily pushups, sit-ups, and stretches done. I found using my Apple Watch was less distracting than my iPhone, which I’d often use as a stopwatch, but then get sucked into scrolling Twitter or Instagram between sets. It sounds like common sense, but the limitations of the Apple Watch forced me to stay focused on completing my daily workouts.

I also never used hands-free Siri very often before. But now that I’m cooking more often, the voice assistant has really come in handy. I’m constantly asking Siri to help me convert units and to start and stop timers. I also use Siri to call up my parents whenever I need cooking tips.

Speaking of calling: yeah, I’ve become that guy. The guy who makes and receives calls on his Apple Watch. It felt goofy at first, but it just beats pulling out my AirPods whenever I’m cooking in the kitchen. It also means I’m reducing the amount of physical contact (read: virus spread) with my gadgets. I’m not holding my iPhone up to my head when I’m at the supermarket (quick in and quick out with no dilly-dallying is how I do). I’m not fiddling with my AirPods, either.

If I’m returning from the contaminated outside world, I immediately run my Apple Watch under gentle soap and water. Which brings me to the handwashing feature that I’ve been testing out in the beta version of watchOS 7. It’s so damn good because it’s automatic. There’s no need to tap a timer like on Wear OS or call up Siri. As soon as I run my soapy hands under water, the Apple Watch uses machine learning to hear the ultrasonic waves of my hands scrubbing together and then start a 20-second countdown timer. This feature alone has stopped me from getting lazy and washing my hands for less than the duration of two Happy Birthday songs.

Then, there are the standing and breathing features. In the Before Times, I’d walk several miles in a day. In the subway, around the office, to lunch spots and restaurants, etc. Back then I didn’t need to be reminded to stand up every hour because I was constantly moving about. Working from home changed that. I found myself needing the standing reminders because I was sitting all day at my desk, on my sofa, and on my bed.

Ditto for the Breathe app. It sounds dumb that anyone would need to be reminded to breathe because you’d be dead, but you’d be surprised that it happens; it's easy to forget when you're overwhelmed all the time. Turns out taking a few seconds during the day to concentrate on your breathing is a really good way to pause from isolation and de-stress and relax. I’m no meditation guru, but I’ve found it to be helpful for keeping my mind sharp and attentive.

At night, I’ve been using the Apple Watch to track my sleep. While watchOS 7’s sleep-tracking is nowhere near as comprehensive as what you may find on other wearables, being able to see the data alone has been enough to force some changes in my sleeping habits. In a way, the sleeping data has been shaming me to sleep earlier and be more proactive in trying to get better sleep. Most days, it’s successful, but I still have some cheat days so it’s not quite there yet. I imagine if the Apple Watch was able to provide more detailed analysis of my sleep, I’d feel more pressured to make more sweeping changes.

If you had told me earlier this year that I’d be more addicted to my Apple Watch I would have laughed pretty hard at the idea. But here I am, in August 2020, penning this essay about how I can’t live without my Apple Watch and how its many once seldom-used features are helping me get through these blurred days, weeks, and months.

Can any other smartwatch or wearable hold anyone this accountable? None that I’ve tried at least (and I’ve reviewed a lot of them).