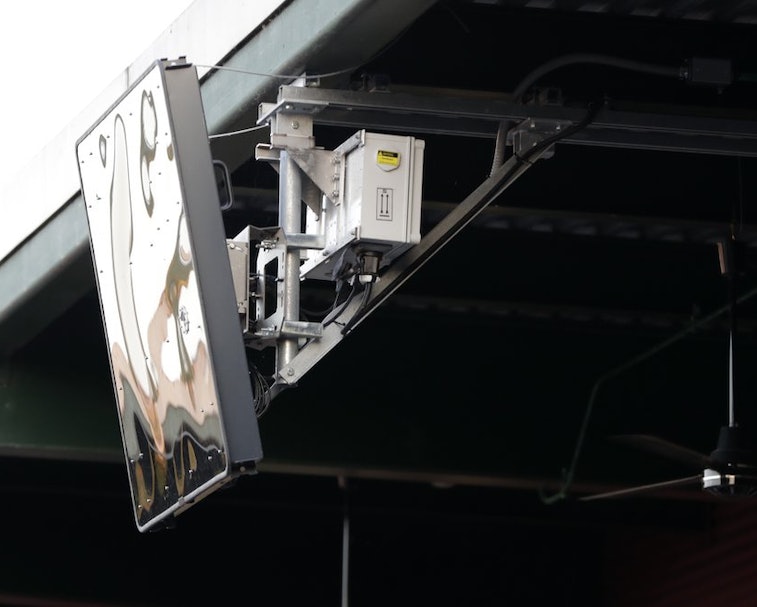 A recent ESPN profile of Rob Manfred, the commissioner of Major League Baseball (MLB), has illuminated the direction professional baseball will be heading this decade. The primary alteration on his list is increasing the pace of the sport through a set of rule changes that would ultimately generate more action, and thus (the league hopes) draw more fans. One of these changes would be the implementation of “robo-umpires,” for the 2024 season.

While the decision is not yet a foregone conclusion, in the profile, Manfred notes that an automated ball-strike zone system would “likely be introduced.” Still, given that “robo-umpires” were integrated into the MLB’s AAA system (highest level of the minor leagues) at the beginning of this current season, it suggests strike-zone automation is coming sooner rather than later.

For anyone that might not be familiar, “robo-umpires” take out the human error element of pitch-calling by deducing whether or not a given throw is located in the strike-zone or outside of it. Not only would it allow for the correct call to be made virtually every time, much like FIFA has done with its own goal and limb tracking technology, but it would also speed up the pace of MLB games. According to the aforementioned profile, the system has shaved off an average of nine minutes of game length in the minors.

Dinosaur league — Viewership for the MLB has declined from the 2019 to 2021 season by an average of 12 percent, which makes sense given that COVID disrupted every professional sports league, but there’s a fundamental issue with baseball that exists outside of cable TV subscriptions.

There are numerous reasons for an older fanbase, which includes a reluctance to embrace new technologies, like social media in the early 2010s, when general sports discourse and accordingly, the way fans engaged with their favorite leagues, was rapidly changing.

This is something the NBA was first to recognize, and allowed individuals to upload clips of NBA footage to social media platforms like Twitter, making it easier for dialogue to proliferate outside of mainstream television networks.

In fact, one could write a thesis on the ways MLB viewership has suffered due to the sport’s historical emphasis on tradition, but the point is Manfred is looking to change that. And on top of a future with “robo-umpires,” he also wants to establish a pitch clock, which would give pitchers 14 seconds between pitches with no runners on base and 18 to 19 seconds with runners on.

Again this move would be made to expedite the MLB’s pace of play, and the league estimates that it could “shave an average of 30 minutes off game times.” In an era that is becoming increasingly defined by attention, and the corporate interests that are vying for it, baseball seems like it is finally joining the party.