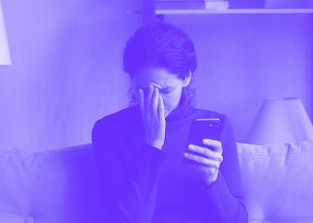 The number of times (at least) Mark Zuckerberg brought up Reels in a recent earnings call.

As Meta battles waning popularity among young people, a shrinking user base, new Apple privacy options decimating its advertising business, and bad press, it’s been pushing videos in front of its users’ eyeballs. Reels are a fairly shameless TikTok knockoff that nobody seems to enjoy, but they have been a central focus of Mark Zuckerberg’s since they were introduced to Instagram in August 2020 and to Facebook in September 2021. Get in, kids, we’re pivoting to video again! Recode reports that on a recent earnings call, the CEO mentioned them at least twenty times and said it’s “definitely the right thing” to “not hold on the brakes at all” with Reels.

Recode’s Shirin Ghaffary then shares an exclusive analysis by the think tank, the Integrity Institute. According to the report, Reels account for more than half of the 20 most-viewed posts on Facebook in the U.S. last quarter — that’s a lot of high-performing videos. It’s unclear whether the high performance of Reels is a result of actually good, engaging content or Meta’s relentless push for videos on its sites.

But are they any good? — A majority of the most-viewed Reels were reposts from accounts that didn’t appear to have created the videos, instead simply aggregated videos from TikTok or other platforms.

Overall, 73 percent of the top 20 most-viewed Reels were posted from anonymous accounts; about 82 percent were from accounts with a history of reposting content from other creators. So, sure, Reels are getting views. But Meta isn’t really incentivizing creators to make novel content; instead, accounts are getting traction from simply blasting out reposts into the void.

Meta has put forth efforts to get original content, like deprioritizing videos that had the TikTok logo in them. But even with these policies, two of the top eleven most-shared Reels had originally been posted to TikTok.