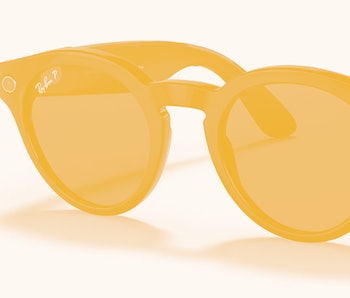 Meta hoped to replicate other companies’ successes by creating its own custom chips to power the next generation of its augmented and virtual reality devices, The Information reports, but now those plans are being delayed.

Stories 2 — According to the report, the second generation of Meta’s Ray-Ban Stories smart glasses were originally going to use the company’s new chip — called Brasilia — before Meta’s vice president of augmented reality, Alex Himel, opted to stick with more familiar Qualcomm chips in order to keep the project on track.

Qualcomm’s XR2 chip currently powers the Meta Quest 2, and the company is the go-to choice for most other VR headsets. The Facebook Agile Silicon Team (FAST), an internal group at Meta working on custom silicon, originally created Brasilia as a way of wiggling out of Qualcomm’s dominance, the report explains.

Had it been used, Brasilia was meant to offer specific benefits like directional audio and “the ability to take higher-quality pictures than Meta’s current Ray-Ban Stories can capture,” The Information writes. Apple and Google’s success with their M1 and Tensor chips, respectively, are just two illustrations of what custom silicon designed specifically for a company’s other hardware and software are capable of.

Meta faced similar difficulties developing its own “XROS” operating system for its future AR glasses. The company reportedly disbanded the team responsible for the hybrid AR / VR software, and The Information suggests Meta’s first proper AR glasses will now run a modified version of Android at launch instead.

Delays — The design work that went into Brasilia likely won’t go to waste, even if we don’t end up seeing it anytime soon. The Information’s sources suggest certain features could be carried over into future chips, including Meta’s rumored smartwatch, which is apparently using a chip called “Carson.”