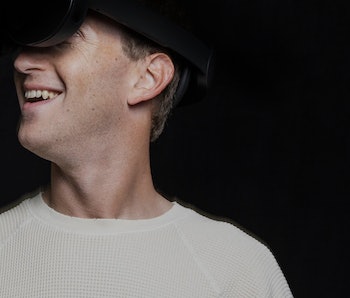 Meta’s next Connect conference is officially set for October 11, the company announced today. When Meta was known as Facebook, it traditionally used Connect to speak to developers, showing off new features across its platforms and offering updates on VR hardware. This year, rebranded as Meta Connect, the event will likely involve introducing new high-end Quest hardware.

Metaverse updates — The one-day event “explores the building of the metaverse and the future of augmented and virtual reality,” according to Meta, and will include developer sessions covering the latest updates to the company’s various platforms, with a focus on VR and AR.

Considering Meta used last year’s Connect to lay out its rebrand from Facebook to Meta and start pitching its vision for “the metaverse,” the purpose for the event isn’t too surprising. Meta is a “metaverse company,” so even though most of its platforms are still very much traditional social media apps as we’ve come to know them, the focus is on the future.

‘Quest Pro’ — The biggest draw for the event will likely be a new Quest. Meta CEO Mark Zuckerberg confirmed on the Joe Rogan Experience last month that the company would be introducing its next VR headset in October.

Meta has previously shared that it planned on officially introducing Project Cambria later this year, so this October Connect event also serving as a hardware launch for what’s been rumored to be called the “Meta Quest Pro” makes sense.

And it should be a splashy launch. Besides better screens and full-color HD video passthrough, the Quest Pro is also expected to ship with entirely different controllers from Meta’s previous Quest hardware. Given the high price the new VR headset is expected to be sold at — all sign point to $1,000 or more — the most interesting thing of all might be how Meta pitches it to normal people. It’s one thing to talk about “the metaverse,” it’s a whole other thing to convince people to use it, and offer an easy way to do so.