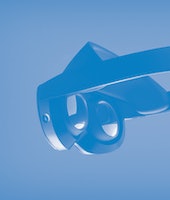 How much Meta's Cambria VR headset could cost.

Meta is gearing up for a serious metaverse takeover, whether we like it or not. According to a revealing report by The Information, Meta is planning to release four AR/VR mixed headsets by 2024.

Based on a shared confidential internal road map, sources at Meta told the publication, the company formerly known as Facebook is planning to release two upgraded versions of its current Quest 2 VR headset, as well as two high-end mixed reality headsets under “Project Cambria.”

The Quest headsets will remain Meta’s more affordable options and likely focus on gaming. However, the Cambria headsets are supposed to be more like laptop replacements, designed for work within a web browser, according to the report.

This use-case differentiation could mean a significantly higher price for Cambria headsets, The Information says. Cambria headsets could start at $799, which is a sizable bump up from the Quest 2’s current $299 MSRP.

Internal roadmap — According to The Information’s report, Meta will be releasing Project Cambria this year in September and has another version of the higher-end VR headset that’s codenamed “Funston” slated for a 2024 release. There aren’t many details on the Cambria VR headset out there beyond the teaser released in October and some renders from a YouTuber who claims to have gotten an early look at it.

The report also shared some internal details of the VR headsets, where the Cambria will be heavier than the Quest 2 because of a larger battery that will be housed in the back. Cambria is also reportedly more capable visually with color-passthrough for AR; the Quest 2 can only do AR passthrough in black and white. Compared to the Quest, the Cambria is supposed to be more comfortable and balanced to wear, the report noted.

Work in the metaverse — It makes sense that Meta would focus Cambria for work. In recent years, Meta has been pushing work in VR/the metaverse as something that’s on the horizon. The Quest 2 has added features like hand tracking, interactive conference calls with whiteboarding, multi-window web browsing, and physical keyboard support to its Workrooms service.

These are all decent first attempts at bridging the real world with the digital in a more spatial and tangible way than current computer interfaces and the internet/mobile internet. But as Input associate editor Ian Carlos Campbell noted last fall, the Quest 2’s underpowered hardware feels like Meta is just waiting for a more powerful headset to really unlock working in VR.

Meta wouldn’t be the first to position a high-end mixed reality headset for work applications. Microsoft, Google, HTC, and Magic Leap, all pivoted their flagship headsets to enterprise. For work, a headset that costs $799 would be in line with a laptop, or a Meta source tells The Information says a “Chromebook for the face.”

Sticker shock — The Information says that Cambria headsets are expected to cost around $799, according to two people familiar with the project. However, a Meta spokesperson countered this claim and said the price would be significantly higher. For reference, Quest 2’s 128GB version costs $299, while the 256GB version comes in at $399.

We’re not sure how reliable these roadmap dates are since the report noted that the Cambria was already delayed once; the current supply chain crisis could further push launches back. But between these four VR headsets and Meta’s plans for AR glasses, codenamed “Project Nazare,” Meta is clearly trying to be the dominant force for anything metaverse related.