Meta's AR glasses could arrive as early as 2024, report suggests

“He wants it to be an iPhone moment.”

A former Meta employee on Zuckerberg's plans for AR glasses. 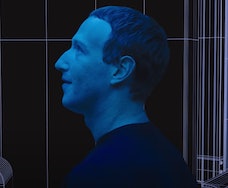 Augmented reality is a big part of Meta’s post-social media pivot to building “the metaverse.” A new report from The Verge outlines the company’s plans for releasing multiple pairs of AR glasses that could help make that happen — assuming its glasses can ever feel normal enough to wear.

Nazare — The company reportedly plans to launch its first real pairs of AR glasses in 2024.

“Project Nazare” is set up to be Meta’s most impressive (at least for now) version of the concept, a pair of glasses that will likely cost far more than Meta’s $299 Quest 2, currently has a four-hour battery life, and weighs four times the weight of a normal pair of glasses, according to the report.

As it stands now, Nazare won’t actually require a smartphone for use. Instead, the glasses will reportedly come with some handheld device that will take care of Nazare’s computing operations. Apparently, Zuckerberg wants the AR glasses to be used as a communication device — not via video call, exactly; instead, Nazare will use holograms for a more immersive experience.

Hypernova — Given the heft and price of Nazare, the device will mostly be for devoted early adopters and developers, not unlike what many assume will be the audience for Apple’s first mixed reality headset. Nazare won’t be alone, however.

“Hypernova” is Meta’s second, cheaper pair of AR glasses, which it plans to launch in 2024. Designed to be paired with a phone “to show incoming messages and other notifications through a smaller, heads-up display,” Hypernova sounds like it’ll be familiar to anyone who remembers Google Glass or the short-lived North Focals (acquired by Google in 2020).

Paired with a future version of the Ray-Ban Stories, Meta could be selling as many as three different pairs of smart glasses at the same time, each requiring varying levels of acceptance from the general public. The memory of “Glassholes” never really goes away.

Assuming the company sticks to its plans, it will reportedly release refined versions of its AR glasses in 2026 and 2028.

New control method — Meta eventually plans to bundle a new control wristband that allows for hands-free interaction with the glasses’ user interface, based on tech created by CTRL-Labs, a start-up Meta acquired in 2019.

The wearable uses “differential electromyography, or EMG, to measure electrical pulses in the arm’s neurons,” according to the report. This sensation might feel akin to using a “phantom limb” to control the glasses.

The wristband will reportedly be offered as a separate device to start, but could later be integrated into Meta’s rumored smartwatch project.

Sauron’s displeasure — Clearly Meta is putting a ton of effort into owning the AR space, to help rebrand the company, sure, but also because Mark Zuckerberg is apparently taking the success of this project very personally. A former employee who spoke to The Verge for its story claimed that Zuckerberg’s ego was tangled up in Meta’s AR plans and that “He wants it to be an iPhone moment.”

Selling a smartphone seems like a very different beast than AR glasses, but who am I to say what “the Eye of Sauron” can or can’t do?