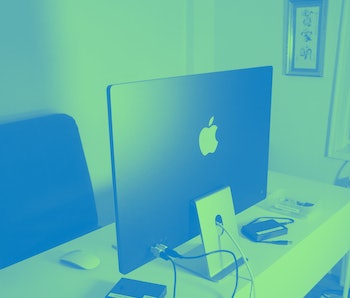 After releasing the public betas for iOS 15, iPadOS 15, and watchOS 8, Apple has pushed out the macOS Monterey public beta for Macs. Like the software updates for Apple’s other platforms, many of the new features in macOS Monterey are more evolutionary than revolutionary. Not surprising given the challenges of creating during COVID last year.

Nevertheless, if you’re daring enough to try out macOS Monterey, it’s easy to do. As always, installing a beta (public or not) comes with the risk that something might go wrong. Be smart and backup your data cause unforeseen bugs or crashes could mean data loss. I’ve had the developer beta installed since WWDC and a fresh copy of the public beta on a separate machine for a day and though I haven’t experienced any system-crippling issues, I can’t say you won’t.

How to install the macOS Monterey public beta:

Some crashes, but nothing major — Given most of the updates in macOS Monterey are under the hood, the developer and public beta have been quite stable. I’ve seen the occasional app crash and non-responsive click (in the System Preferences of all places), but otherwise, the new Mac OS has been smooth sailing. It’s safe to install on a secondary Mac; I wouldn’t do it on your main machine.

AirPlay to a Mac — This is easily one of my favorite and most underrated features in Monterey. Just like any TV with AirPlay support, you can now AirPlay content from an iPhone or iPad over to a Mac. I AirPlayed YouTube videos and music from Spotify and Apple Music from an iPhone 12 mini to an M1 iMac and the connection was solid. Netflix didn’t work for some reason. Betas can be buggy!

Whether you’re presenting slides on a Mac display and controlling it with an iPhone or just want to blast music on better speakers, AirPlay to Mac is pretty dope. But Ray, couldn’t you just play videos or music on your Mac? Yes you could, but AirPlay to Mac is great for beaming content to a Mac you don’t own. Think of a student or teacher presenting in a classroom or you beaming your content to a friend’s MacBook.

There’s some fine print for compatibility:

Safari boost — My second favorite feature is one I thought would be distracting: windows get an injection of color lifted from the web pages. The latter was a real concern, but as it turns out, most of the web is bland and white or black and so the window doesn’t take on too many colors. When it does, though, ooh boy, it’s a nice splash of color. (And we really love colorful design if you haven’t already noticed from our website.)

The tab bar now sits next to the address bar and not below it. I get that Apple is trying to save vertical space, but this feels like a step backward in usability when you’ve got a lot of tabs open. Someone at Apple should try opening, say, 25+ tabs in the new tab bar and see that the visual change, while pretty, comes at the expense of functionality. At least give users the option to move the tab bar below the address bar again if they prefer it like that.

Tab Groups, a feature that lets you, well, group a bunch of tabs together into a sidebar, is a terrific way to wrangle open tabs and stay organized. As a reviewer, I’ve got a million tabs open and being able to sort them into groups has been a godsend. Google Chrome has a similar tab group feature, but as always, Apple’s implementation is more elegant.

FaceTime upgrade — Similar to iOS 15 and iPadOS 15, macOS Monterey adds a few new features to FaceTime. Portrait mode during video calls to blur your background; it works in a pinch, but don’t expect perfect bokeh (there’s definitely some roughness around the edges). There’s a new grid view for group FaceTimes, enhanced audio, and SharePlay, which as I said in my iOS 15 and iPadOS 15 beta impressions, is more limited than we realized. The FaceTime upgrades are welcome, but as many have expressed, are they coming too late? These features would have been great in 2020, but as the world reopens and returns to “normal,” how valuable will they be? I suppose it’s better to have them than not.

Quick Notes — Another handy feature is the ability to make a Quick Note. In certain apps like Safari, you can highlight text and quickly add it to a Quick Note( via a right-click), which goes into a Quick Notes section within your Notes app; Quick Notes sync across your Apple devices just like regular notes. Alternatively, you can press Fn+Q to bring up Quick Notes or point your cursor in the lower right corner of your desktop and it’ll open a new Quick Note. This hot corner didn’t work properly for me; a Quick Note pops up, but it keeps opening the last Quick Note and not a new one. This is no doubt a bug and should be ironed out in future betas.

Universal Control isn’t ready — The main feature everyone wants to see in action isn’t in any of the betas (developer or public). It’s coming later so we’re all still waiting to see how well controlling a cursor and keyboard across Macs and iPad works. Craig’s mind-blowing demo in a controlled environment is one thing, but in a busy wireless space, is it really that seamless? I’m dying to find out.

All the rest — As with iOS 15 and iPadOS 15, macOS Monterey is chock full of smaller changes. iOS’s Focus feature, Live Text, photo album collections in Messages, and more are also available in Monterey. You can read up on all of them on Apple’s website here.

There are still a few months to go before macOS Monterey is ready for release. None of the features are particularly groundbreaking, but they do strengthen your lock-in to the Apple ecosystem which makes it harder to leave. Big Sur was the front-facing makeover update. From here on out, it’s going to be refinement, refinement, refinement. Unless you’ve got strict IT requirements or just resistant to new features, chances are you’re going to update since it’s free for Mac users. There’s no reason not to unless you anticipate your Mac slowing down because of ancient hardware.