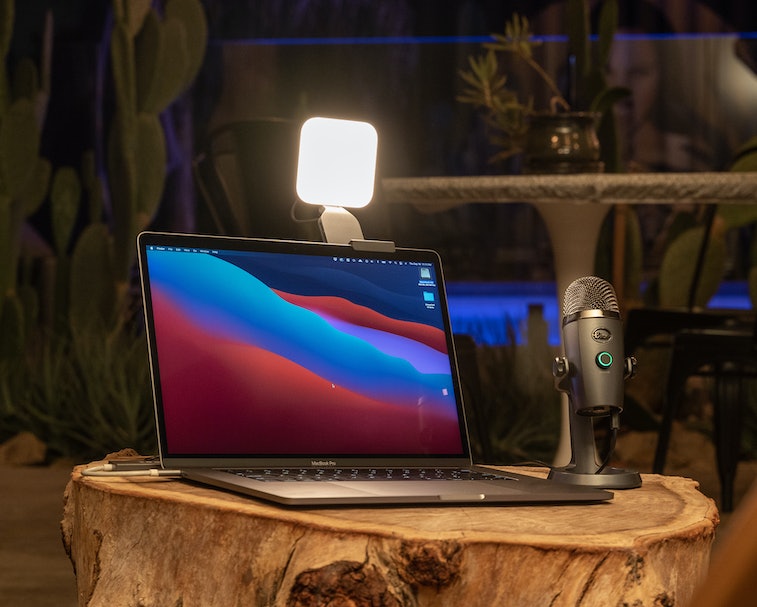 There’s already millions of active streamers on Twitch alone, but Logitech is trying to make it even easier for people to get into streaming. After acquiring Blue Microphones and Streamlabs, Logitech is leaning hard into the streamer demographic with an affordable streaming light called the Litra Glow.

Logitech says they designed the Litra Glow specifically for streamers, keeping in mind the overall light quality, the harsh shadows that poor lighting can sometimes cause, and the eye fatigue from long streaming sessions. Logitech wanted to make sure the light works for all streamers and designed it with TrueSoft technology that brings color accuracy to any skin tone.

Is it bright enough? — The Litra Glow can produce a maximum of 250 lumens with a color temperature range of 2700K to 6500K. The compact device blasts the light through a frameless square diffuser that measures around 3.5 inches tall and wide. But, it’s worth noting that the larger a diffuser is, the better it can actually diffuse the light and spread it evenly and pleasantly across your face. It feels like Logitech was aiming for the sweet spot for portability sweet spot and brightness.

Set-up appears simple. A USB-C goes into the Litra Glow and a USB-A plug into your computer. There are rear buttons for adjusting both the brightness and color temperatures up to five levels. The monitor mount can also adjust the height, tilt, and rotation of the Litra Glow to get that perfect lighting angle. Alternatively, you could do some of the adjustments through Logitech’s G Hub software, which also lets you create presets.

Half the price — It’s pretty clear that Logitech is going for a more affordable option for those that are just starting out in streaming. Veteran streamers have most likely sprung for some professional lighting setup that costs hundreds or went with the Elgato Key Light, a favorite amongst streamers that retails for $200. Elgato even offers their own mini version, called the Key Light Air that retails for $130.

Still, Logitech looks like they want to fill the space in between professional-level streaming light and dirt-cheap knockoff lighting with its Litra Glow. Logitech says the new light will be available for preorder at $60 and is planning to ship the first batch out by January 26. The Litra Glow will be available in the U.S., Canada, Australia, and some European countries.