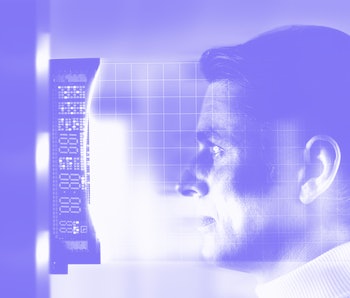 Democratic lawmakers are ratcheting up efforts to limit Clearview AI, the dystopian nightmare facial recognition company with a database of 10 billion images scraped from social networks — from use in law enforcement and federal agencies.

On Wednesday, four lawmakers sent letters to the Departments of Justice, Defense, Homeland Security, and the Interior, calling for an end to their use of Clearview AI. All four agencies were identified in an August 2021 government report as using the controversial software.

The group believes that Clearview AI threatens our ability to walk down the street anonymously. “In conjunction with the company’s facial recognition capabilities, this trove of personal information is capable of fundamentally dismantling Americans’ expectation that they can move, assemble, or simply appear in public without being identified,” the lawmakers wrote.

Catch me up on Clearview — Input has previously noted Clearview AI’s history of cozying up to the far-right and encouraging law enforcement to "run wild" with its software. Investigative reports show that the company continues to work closely with members of the Customs and Border Protection, Interpol, the Federal Bureau of Investigation, and even some workers at the tech division in the White House.

The technology, which once falsely claimed that its software was ACLU-approved, disproportionately misidentifies people of color, which has led multiple people to be falsely arrested. The company, which recently had its client list stolen in a data breach, is developing, for example, “deblur” and “unmask” tools that should make it easier to identify people even if their faces are covered. Big tech behemoths including Twitter, Google, and Facebook have sent explicit cease-and-desist letters to Clearview AI.

Clearview was founded in 2017 but maintained a low profile until a January 2020 exposé in the New York Times. Clearview CEO Hoan Ton-That has stated that the company has contracts with more than 2,400 police agencies. Ton-That’s co-founder is Richard Schwartz, a former Rudy Giuliani aide and Trump lawyer. Peter Thiel was an early investor.