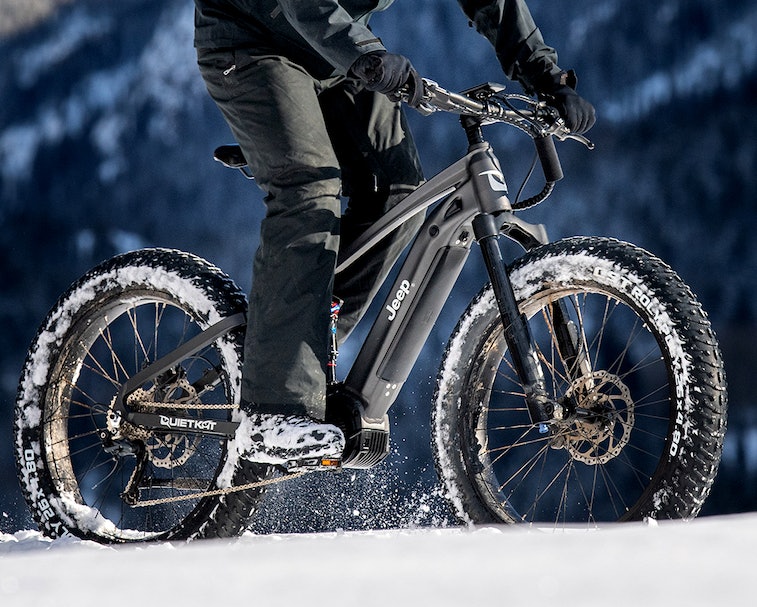 Jeep had one of the best commercials during the Super Bowl, enlisting Bill Murray to recreate Groundhog Day with the addition of the Gladiator pickup truck. It was delightful, because snagging Murray always ensures such, but you may have missed something amongst the pageant of the beloved actor whipping around the snow in the Gladiator. A brief shot shows Murray on an electric bicycle, and today Jeep's partner has released more info.

Behold the e-Bike — Known simply as the e-Bike, Jeep teamed up with QuietKat for its first foray into the field. A 750-watt electric motor gives the e-Bike a range of up to 40 miles on a single charge. The thick 4.8-inch tires and a Fire-Link suspension allow it to tackle extreme terrain. QuietKat, no stranger to electric bikes, touts it as "the most capable off-road electric mountain bike there is."

Unlike Tesla's Cyberquad, which may just be a Yamaha Raptor, the e-Bike looks like much more of an original product.

When does it roll out — The collaborative e-Bike is set to hit the market this summer. While no price has been announced yet, QuietKat's off-road bikes start at $2,700. So don't expect Jeep's to come cheap.