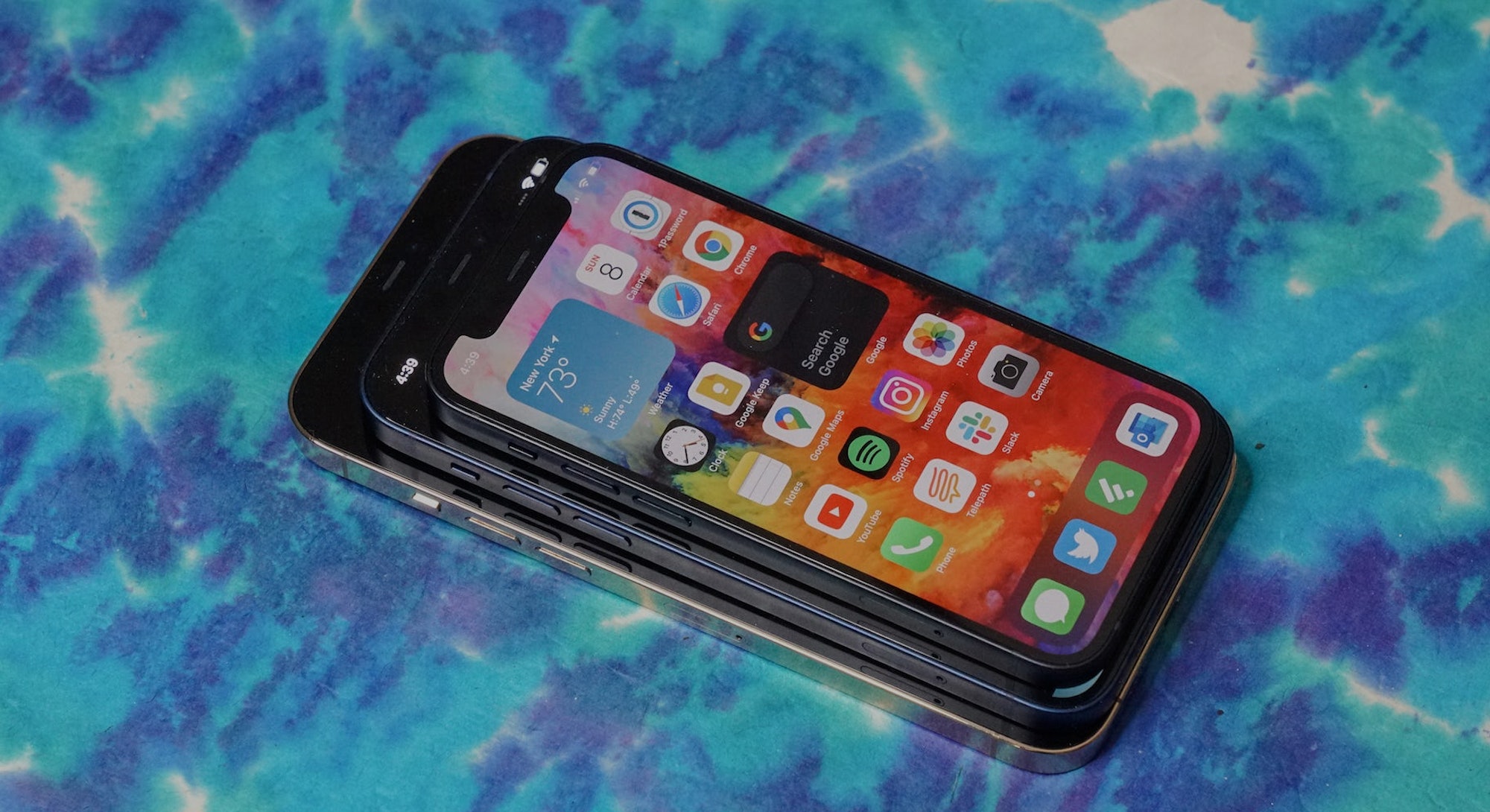 Apple giveth, and Apple taketh away.

A new lineup of iPhones is upon us, but missing from the party will be the short-lived mini series. After two years, the small but mighty iPhone has been discontinued — or, optimistically, put on hiatus. Disappointing sales have made the mini a painless casualty for Apple, but there are still some of us out there that are ready to pour one out for the phone that says, size doesn’t matter.

It’s been roughly a year-and-a-half since I first christened the iPhone 12 mini as the anti-fashion-fashion symbol, and not once have I longed for a bigger device. My seafoam green lil’ buddy has been a faithful partner, easily fitting inside my pockets and a perfect companion for my tiny hands. At first, many onlookers mistook it for a much older model, but as time went on it became a phone that no one else paid any attention to at all. It didn’t need to scream, I’m the biggest and best Apple has to offer, it just did its job and retreated to spaces where fewer and fewer phones seem to be able to fit.

With a height of 5.2 inches, the iPhone 12 mini is the smallest device of its sort since the iPhone SE, which still counted precious surface area without display. Four years elapsed with iPhones only getting bigger, taking up massive amounts of space and rendering one-hand use all but impossible for those of us without big paws. The iPhone 12 Mini was a godsend for people who wanted less — a tidy package with many of the same design cues as the holy iPhone 4.

I love my iPhone 12 mini for the same reason I preferred Juul (also RIP, maybe) over any other vape: I like the sleekest and most efficient vessel for my addiction, screen or nicotine. A larger screen is superfluous in my eyes. I’m still befuddled by the people who want to watch TV shows or even movies on their phone, and apart from my viewings that only go down in the Private tabs, I’d never watch a video for more than a couple minutes. If it ain’t TV-sized, I don’t want to watch TV stuff on it.

Even with the privilege of mens pants pockets, which are larger than women’s if they even exist at all, most phones today hardly fit. Bulk at the top of your thighs is unseemly, and constantly having to keep your phone in your hand is as much of a hassle as it is just a step too far in the realm of temptation. Sure, you can toss it in a bag when you’re on the go — but who wants their phone that far away, vibrating without guarantee that you’ll feel it?

I want a phone, something with which to send basketball memes to my group chat and to never call my parents.

My desire to have some degree of separation from my phone is of course tempered by the need to be almost constantly using it, but the iPhone 12 mini’s frame strikes the perfect balance between usable and forgettable. Perhaps the idea that a smaller phone is giving me just a little bit more self-control is delusional, but it’s a story I’d prefer to keep telling myself. I don’t want an iPad, which is what all the iPhone Pro Maxes may as well be at 6.7 inches long each. I want a phone, something with which to send basketball memes to my group chat and to never call my parents.

Should the iPhone mini be dead for good, I’ll drag my feet until returning to the world of a larger device. I’ll be done paying off the iPhone 12 mini in January, and I should be able to get another year’s use after before all the updates render it too frustrating to continue on with. Once that dark day comes, I’ll upgrade to the iPhone 13 Mini knowing full well that its days are also numbered. At least it’ll be relatively cheap then, and I can put off an iPhone that challenges my hands, pockets, and resolve for one or two more precious years.