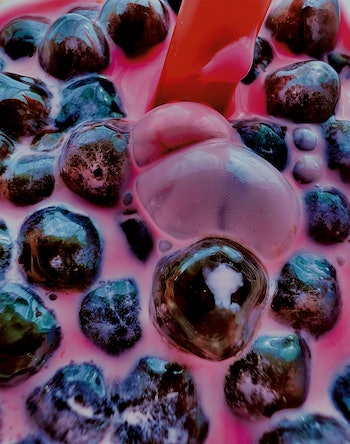 The winners for Apple’s macro photo challenge have just been crowned.

Apple announced its latest #ShotoniPhone contest back in January as a way of highlighting the iPhone 13 Pro and Pro Max’s ability to take macro photos. Winning, like in Apple’s other contests, gets your image and name on billboards, Apple’s website, and featured on the company’s dedicated photography Instagram page.

It’s no small honor to be selected considering the over 10,000 photos Apple’s judges reviewed, and it means the winners serve as easy examples Apple and others can point to of the iPhone’s serious photo chops. Independent organizations like the iPhone Photography Awards have done similar work to honor what the iPhone lets photographers accomplish for years.

This year's selections came from a broad group of countries including China, Hungary, India, Italy, Spain, Thailand, and the U.S., with photos ranging in subject matter, but all generally focused on the small, often unseen details of the natural world.

Input spoke to some of the winners to better understand their process, how shooting macro photography has changed how they think about finding and making images, and what, if any, editing they did after the fact to help their photos pop.

Abhik Mondal is a computer systems engineer who only just got into smartphone photography when he moved from an Android phone to an iPhone in 2021. Shooting on a phone opened up where he could take his “frame” to snap photos. “iPhone 13 Pro gave me the flexibility to... click moments which I usually missed when I was only relying on a DSLR/drone.”

His photo of a sunflower — evocatively titled “Volcanic Flow” — was edited in the iOS Photos app, and inspired by a trip to Hawaii. “I was able to witness the aerial view of the active Kilauea Volcano and its lava flow path just two to three months after its eruption in 2018,” Mondal says. “The disk florets of the brown center part of the sunflower resembled the haphazard lava flow path of Kilauea which turned chocolate brown after it cooled down. And the elevated center area of the flower acted as the opening of the volcano.”

Macro photography changed how Ashley Lee, an engineer by day who’s been a photographer on the side since she was 16, approached subjects. “Things that seem like they wouldn’t make an interesting photography subject can make for a very interesting macro photo when you look a little closer,” Lee says.

Her photo combined simple elements like a strawberry, soda, and a black paper backdrop to create a vibrant image — the only of the winners with an obvious sense of movement — that clearly draws attention to the dimpled surface of the berry.

Marco Coletta, a 22-year old Italian college student, has been a native smartphone photographer starting way back with the iPhone 4. He’s a big fan of the flexibility of his phone — like a lot of the winners — because of its ability to edit on the fly and fit into places other cameras don’t.

“The enveloping shape of the petals, accentuated by intense shadows, made me think of a deep cave, ready to be explored; by keeping the point of view inside the flower, I wanted the hibiscus’ natural framing to make us feel fully part of its beauty,” Coletta says about the elegant framing of his macro photo.

Trevor Collins’ process for finding cool macro shots involves a lot of experimentation. “I’ve started doing a lot more exploration of photographing the most random objects up-close to see what intricate details it might have,” Collins says. “Macro has made me take a much more abstract approach to my image; focusing on texture and patterns can make even the most unsuspecting objects extraordinary.”

Collins’ luminous leaf photo was touched up in Pixelmator and Photos to help bring the color and fine details of the leaves to the surface.

It’s hard to get over how stunning it is to see the individual snowflakes Tom Reeves was able to capture on his mini goldendoodle Miette’s (@miettethemini) fur. Taking a shot like that is “purely an intuitive experience,” according to Reeves. A snowy day, a cute dog, and easy access to a camera helps, too.

Reeves attributes a lot of his intuition to how simple iPhone photography is. “A camera should be as simple an interface as possible between the present moment and a memorable image,” Reeves says. “Technology can be a barrier in the creative process, and the iPhone minimizes that barrier more than any other camera I have used.”

You can check out the rest of Apple’s winners below:

For more about the iPhone’s macro mode, check out Input’s review of the iPhone 13 Pro and Pro Max and our guide on how to toggle the feature on and off.