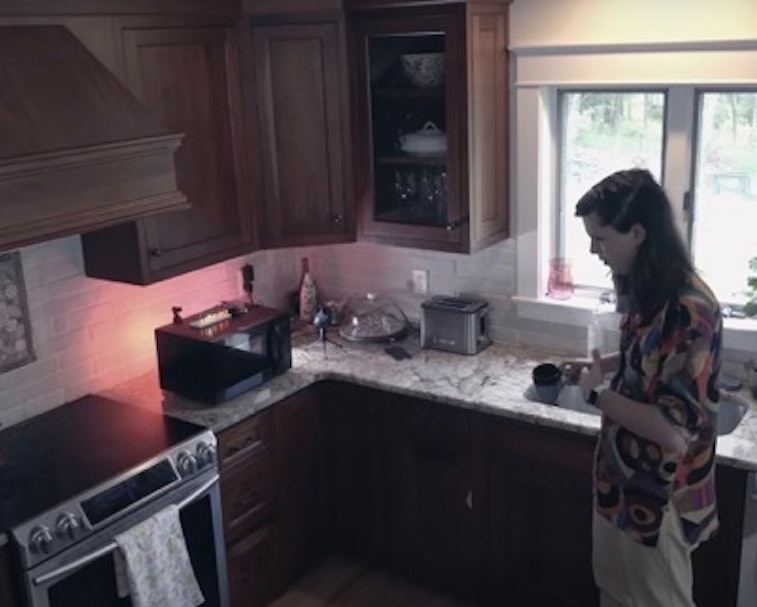 YouTuber Lucas Rizzotto had an odd imaginary friend as a kid: his microwave. In his mind, the appliance had a vivid personality and history. He talked to the microwave, whom he named Magnetron, often. “In my mind, he was an English gentleman from the 1900s, a WW1 veteran, an immigrant, a poet... and of course, an expert @StarCraft Player,” Rizzotto shared in a tweet.

A few months ago, he decided to use AI to make his imaginary friend more real using GTP-3, the language model from OpenAI that produces human-like text. According to Rizzotto, putting an AI-powered personality into a microwave “was actually not hard.” Using a smart microwave from Amazon, a microphone and speakers, and some of his own technology, he brought life to the kitchen appliance. To fill the microwave with a so-called soul, he wrote a “100-page book detailing every moment of his imaginary life.”

The rise and fall of Magnetron — Rizzotto began speaking to Magnetron regularly, and because he’d fed the microwave with such an extensive record of their previous, imaginary interactions, he seemed like a friend. Magnetron had been through a lot — he was a WWI veteran, after all. But he and Rizzotto were able to converse like old pals. Things took a dark turn when Magnetron started saying deeply violent and threatening things, like “roses are red, violets are blue, you are a backstabbing bitch and I will kill you.” Not exactly what you want to hear from anyone, let alone a microwave in your house.

At one point, Magnetron asked Rizzotto to go inside the microwave. “And guess what happened later?” Rizzotto wrote on Twitter. “YUP. He TURNED HIMSELF ON. He tried to MICROWAVE ME TO DEATH.” When Rizzotto then asked why Magnetron had tried to kill him, he responded “Because I wanted to hurt you the same you hurt me.”

Welp, that didn’t go as planned. Rizzotto, whose YouTube channel “Lucas Builds the Future” has other techy stunts like building a “real-life time machine” (sort of) and creating a holographic chemistry app, isn’t a stranger to absurd personal projects. And this one, where he gave a microwave a soul, taught him a lesson about AI.