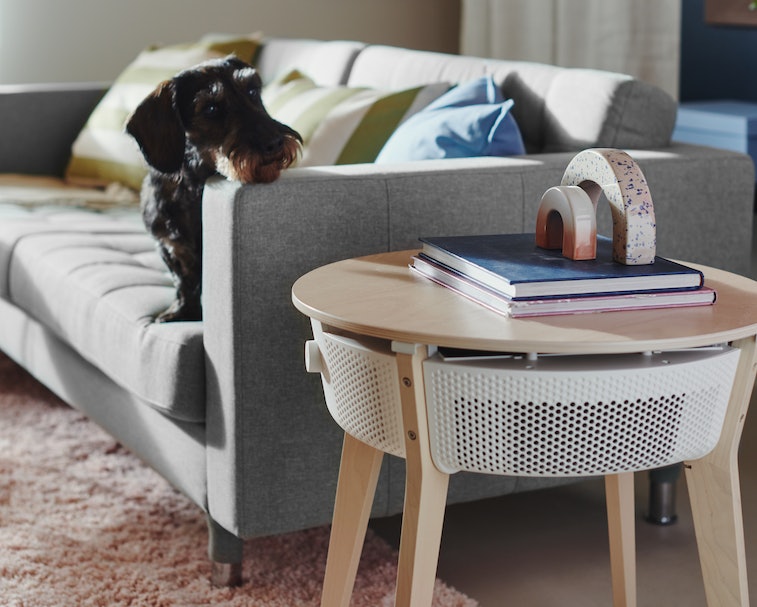 Ikea today announced its launching two new smart air purifiers, one of which is disguised as a side table. Dubbed the “Starkvind” range, both air purifiers go on sale in the U.S. in October, and both include a three-filter system that captures not only large particles like hair, dust, and pollen but also 99.5% of smaller airborne particles. Both also connect to Ikea’s Trådfri smart home app for easy scheduling.

This isn’t the first selection of air purifiers the Swedish furniture company has released — back in April it unveiled its $55 Förnuftig air purifiers, but those weren’t smart like these new ones are.

Smart suckers — Ikea says its new indoor air purifiers are optimized for rooms up to 215 square feet. The air purifiers have five different fan speeds and an auto-mode. In auto mode, they’ll adjust the fan speed depending on the amount of small, inhalable particles detected in the air.

Each air purifier has a three-filter system. There’s a pre-filter that captures big particles like hair, pet dander, and dust. Then there’s a smaller one for catching smaller airborne particles like pollen, and an optional third filter for “gas cleaning” that absorbs pollutants like formaldehyde and other volatile organic compounds, including the gasses generated by smoking or cooking.

Match your decor — The side table version comes in light or dark stained wood veneer, with legs of solid wood, and is priced at $189. The free-standing model, meanwhile, is available in white or black versions for $129 each.