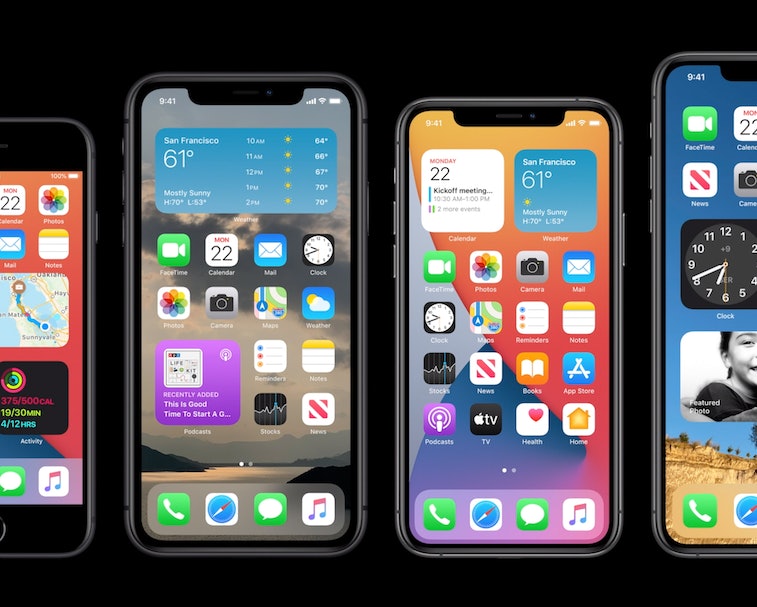 Let's not bury the lede, if you want to try Apple's forthcoming mobile operating system for its iPhone and iPod devices you should head over to Apple's developer website, create an account if you don't have one, and download the beta version of iOS 14. At the time of writing the service is down, with a message that reads "We'll be back. We're busy updating the Apple Beta Program website and will be back soon." But you can expect it'll be back later today.

UPDATE (3:55 PM ET): Apple's beta site is up and running again, so if you'd like to signup for the beta program that's the place to do it. Alternatively, you can access additional developer tools over here.

A word of warning, though. If you're planning to try the beta, you might want to do it on an old or spare device, rather than your primary one, because as it's not finished software, there's the potential it will have compatibility problems with some apps, and if any of those are essential ones you're going to be bleak. Moreover, rolling back an iOS device is painful.

Lots to see and do — Among the slew of new features Apple announced for iOS 14 today, our favorites are the updates to the Maps app, the ability to use the iPhone as a digital car key, the ability to place widgets for apps on the homescreen (and not just in the notifications menu), and the option to change the default apps to third-party offerings (so long, Safari).

Coming to all in fall — Apple says the developer betas for the new iOS, WatchOS, and MacOS Big Sur will all be available to developers today. Public betas will follow in July.

"New public betas for iOS 14, iPadOS 14, macOS Big Sur, tvOS 14 and watchOS 7 are coming soon," Apple says on the beta program website. "As a member of the Apple Beta Software Program, you can help shape Apple software by test-driving pre-release versions and letting us know what you think. If you’re not already a member, sign up today." If you sign up, once the beta is available you'll be able to install it on your device and offer feedback to Apple using the company's Feedback Assistant app.

For years, Apple has released its new iOS to all devices that support it in September when it unveils its new iPhones. So, if you're gun shy, or don't have another device to test it on, you won't have to wait too long before you can get some of the new features, like widgets, the new App library, and the impressive translate app. Alternatively, if you're happy to take the plunge but don't want to sign up for a developer account, you an wait until next month when the public beta releases.