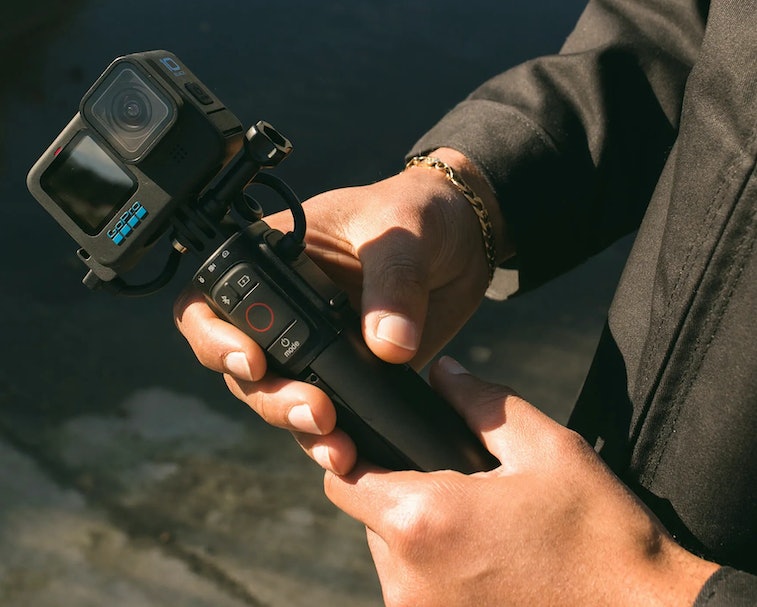 GoPro just released what looks like a must-have accessory for any serious action cam owner. The Volta, a new all-in-one accessory, acts as an external battery, a tripod and a wireless control, and even has built-in camera controls.

The Volta’s built-in 4,900mAh battery, combined with a fully charged Hero10 Black, means you get four hours of recording 5.3K footage at 30 fps. GoPro included camera buttons onto the Volta’s stem that lets you power the GoPro on and off, start and stop recording, and switch camera modes. The Volta also has LED lights right above the buttons to show battery life and which camera mode the GoPro is in.

Not waterproof — When you need more stable footage, you can pop out two legs so the Volta turns into a tripod. But unlike GoPro’s other tripods, the Volta can’t extend out like a selfie stick. Instead, when you want to set up a group photo, you can detach the Volta and use it as a wireless remote. GoPro designed the Volta to fit with all of the mounts and mods in its ecosystem, so it’s compatible with the Media Mod and can be mounted with its stowable mounting fingers on the side.

There is one major downside — the Volta is not waterproof. GoPro says that it can handle some rain and snow but you won’t be able to bring it diving with you.

Great value — GoPro designed the Volta to be compatible with the Hero10 Black or the Hero9 Black, but it can be used to charge any USB-C compatible device, like older GoPro models. The Volta is already out and costs $130. GoPro also released a Hero10 Black Creator Edition bundle that includes the Hero10 Black, an extra battery, the Volta, the Media and Light mods and a 32GB SD card for $784.95.

If you consider all the accessories that GoPro has, like the $80 The Remote, the $40 Shorty tripod, and the $25 Enduro battery, the Volta has all those beat in value and functionality. Not to mention all the additional setup and clutter you’d have to go through if you opted for the individual accessories. It just makes sense to have all these things in one package, so you can carry a lighter load on your next adventure.