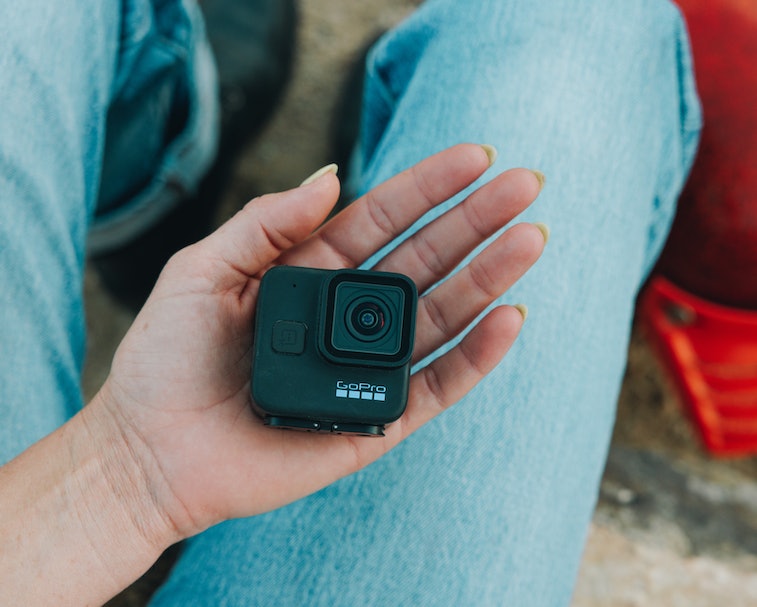 The base model Hero11 Black is only a slight upgrade from its predecessor, but we’re expecting the Hero11 Black Mini to steal the show with its more portable form factor. GoPro removed the screens and made the action cam narrower, making for a more portable GoPro that’s less in your way and easier to set up for whatever adventure you’re on.

We haven’t seen such a small form factor from GoPro since the GoPro Hero4 Session, which is pretty obsolete at this point with its 1440p resolution and eight-megapixel photos. GoPro is finally revisiting this smaller size by removing all the unnecessary bits, but amping up the specs.

Vertical vision — GoPro upgraded the Hero11 lineup with a new 1/1.9-inch sensor that makes for 5.3k resolution at 60 fps video and 24.7-megapixel photos. The larger sensor allows for a taller 8:7 aspect ratio that makes it easier to crop photos and video for social media posts.

Beyond that, there’s not too many significant upgrades for the Hero11 Black. The latest action cam will have an improved battery performance in colder conditions and a new feature that automatically edits your videos into a highlight reel and sends it to your phone via the GoPro Quik app — but you have to be a GoPro subscriber for this.

Other than that, it’s a fairly modest upgrade. That’s why we’re more interested in the Hero11 Black Mini. GoPro put dual-mounting fingers on the back and the bottom of the Mini, making it that much easier to mount and get the precise angle you want. With just one button and no screens, the Mini could be better for those who want a set-it-and-forget-it style of action cam. Sometimes, one button is really all you need anyways.

It’s definitely nice having a screen to frame up an image or video before hitting the record button. However, some people just want something simple to record their outdoor escapades POV-style and aren’t necessarily concerned with framing. For those in the market for an action that’s simple and stays out of the way, the Mini is just the right size.