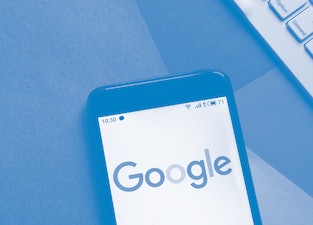 The reduction, in percent, of SMS and phone call data requests by apps in the Google Play store

Google's new and improved policies to protect users seems to have paid off in 2019. The company announced in a blog post on Tuesday that the Google Play store saw a 98 percent decrease in apps accessing call logs and SMS data.

Simple changes — The success is attributed to its updated Google Play Developer Policy from October 2018. The policy noted Google Play would limit app-maker's ability to request call and text information — allowing only apps chosen as a default by a user (say, a messaging app or dialer) to access said data. As a result of its strengthened vetting system, Google was able to block 790,000 policy-violating apps from publishing to the Play store.

Google puts points on the board — "Our commitment in building the world's safest and most helpful app platform will continue in 2020," said Google in a blog post.

The company says it plans to continue to invest in the following key areas, which include:

It's about time — Google's lax policies in the Play Store — while allowing for a diverse collection of software for users — have been the cause of plenty of controversies. Whether it's been apps with overly aggressive advertising, software that introduces malware to users' devices, or copycat apps with bad intentions, the "open" platform has shown its limitations.

Google clearly acknowledges its fault in the presence of malicious apps that have been able to skate by the Play Store's detection systems. The only real solution involves extensive preventative measures and shutting down any remaining backdoors for bad actors.

The tech giant also announced the launch refresh of its built-in malware protection for Android device, Google Play Protect. The security protection is stated to scan and verify over 100 billion apps a day. The refresh includes safe browser protections for Chrome and provides users with "information about potential security issues and actions they can take to keep their devices secure." Google says last year the security service resulted in the prevention of more than 1.9 billion malware installs from outside Google Play apps.