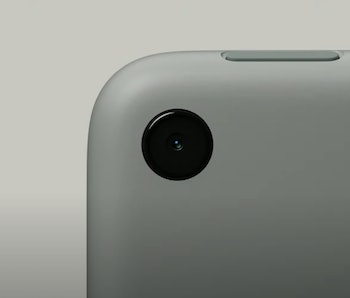 We only got a glimpse of the Pixel Tablet that will run on Android 13, but from the looks of it, the device resembles a fairly traditional iPad competitor. But like most of Google’s products, software tricks will likely be what differentiates it.

Google tries tablets again — Google didn’t share much about its new Android tablet. I’m not even sure if “Pixel Tablet” will be its final name, but that’s what the company’s executives were calling it. What is clear is Google is confident enough in the tablet-focused improvements it’s made to Android, and the future Google Tensor chip the company plans to put in the tablet, that it’s showing it off now.

Google’s senior vice president of devices and services Rick Osterloh says the company is designing the device to be “the most helpful tablet in the world” and that it should be a great companion to Pixel smartphones. “Our tablet will blend into your day-to-day routine,” Google writes in a blog post laying out the new Pixel lineup. “And help connect the moments you’re on the go with the moments you’re at home.”

That sounds like any other tablet to me. But I’m happy to be proven wrong.

Smooth and Nest-y — In terms of the design, Google’s tablet seems to share the most similarities with earlier smartphones like the Pixel 5a, and the company’s smart home products like the Nest Hub Max that Google seems to have remembered and blessed with a new “Look and Talk” feature.

The back of Google’s new tablet seems to have a smooth, soft-touch finish, while the front looks a bit like a Nest Hub with its white bezels. A report from March suggested a future version of Google’s Nest Hub Max smart display could function as a tablet, but it seems some of the same design sensibility has filtered back the other way too.

Landscape camera — That little black circle? That’s a webcam alright and it’s what many would consider the correct orientation: landscape. Unlike the iPad... which is awful when it’s positioned in landscape in, say, a Magic Keyboard.

And obviously, it’s clear as day there’s some kind of camera on the rear.

So many unanswered questions — Google plans on releasing its Pixel tablet in 2023, but I wouldn’t be surprised if we see more of it before then. As an early preview, Google has naturally not said a word about specs or pricing, either. Hopefully it’s competitive with iPads.

It’s good to see Google cares about Android tablets again; the iPad is starving for more competition. The last time Google released a tablet under its own brand was the Pixel C, a 10.2-inch tablet released in 2017. And before that, it was the Nexus 9 made by HTC in 2014. In the past half-decade, Google basically abandoned Android tablets and instead leaned on third-party brands like Samsung, Lenovo, and Huawei to prop the category up.

Maybe Google giving a damn means Instagram’s head of product Adam Mosseri can finally put some effort into making a tablet-optimized version of Instagram. Something everyone’s been demanding for over 10 years.