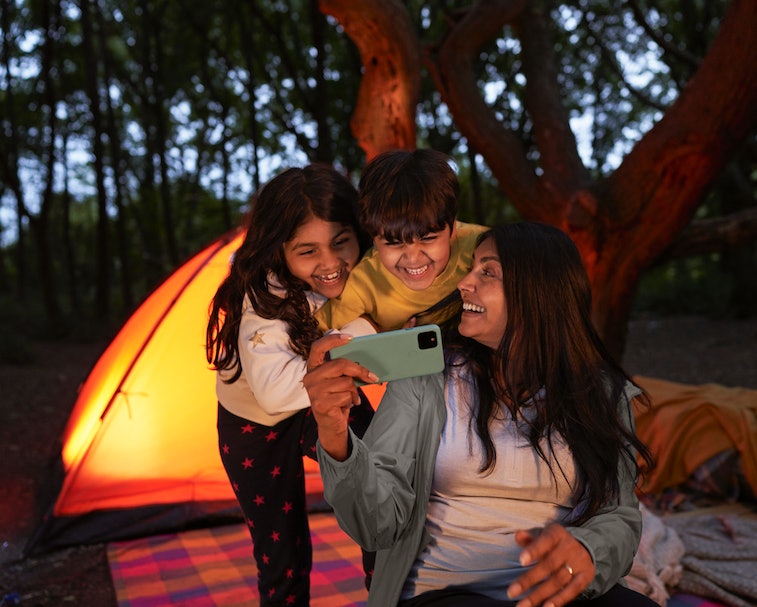 Technically, Google already announced the Pixel 5 and 4a 5G alongside the Pixel 4a in August. It was really weird. But now we know exactly what to expect from the phones when the Pixel 5 goes up for order on October 15 (international) and October 29 (U.S.) and the Pixel 4a 5G on October 15 (Japan) and early November (outside of Japan). They're mid-range phones that don't compete head-on with the iPhone 11 on tech specs. But they do have one camera feature that even the iPhone 11 Pro doesn't.

Pixel 5 — $699. Aluminum body, 6-inch full HD+ OLED display with 90Hz refresh rate and HDR+ support, Qualcomm Snapdragon 765G chip (with Sub-6 5G), 8GB of RAM, 128GB of storage, and 4,080 mAh battery. The Pixel 5 also supports wireless charging (and reverse wireless charging), has a fingerprint reader on the back, and is IP68 water and dust-resistant. On the back, the Pixel 5 has a dual-camera system with a 12.2-megapixel main camera and 16-megapixel ultra-wide lens. Comes in black and "Sorta Sage," a greenish color.

Pixel 4a 5G — $499. Plastic body, 6.2-inch full HD+ OLED display 60Hz refresh rate, Qualcomm Snapdragon 765G chip, 6GB of RAM, 128GB of storage, and 3,885 mAh battery. It also has a fingerprint sensor on the back and a headphone jack. The Pixel 4a 5G has a dual-camera system with a 12.2-megapixel rear camera and 16-megapixel ultra-wide, and an 8-megapixel camera on the front. Only comes in black.

Killer camera feature — Night Sight mode has been one of the best reasons to own a Pixel and Google has made it even better on the Pixel 5 and 4a 5G with Night Sight for portrait mode. Basically, you can now take photos with blurred out backgrounds that don't look like dark, muddy trash anymore. There's also an automatic mode for regular Night Sight, which is more of catch-up to the iPhone 11 Pro.

The iPhone 11 Pro's Night mode finally closed the gap with the Pixel's Night Sight. If the iPhone 12 Pro camera doesn't respond in some way, it's not gonna look too great.

They look really good! Let's hope they look as good when regular people try it out.

The two phones' cameras also have a new Portrait Light mode, which adds extra luminance to the subject of a portrait mode photo. It sounds like a less advanced version of the portrait lighting effects iPhones have had for a while.

Cutbacks — When I reviewed the Pixel 4a, I said the phone is a great value, but Google’s Pixel team is utterly lost and needs a reboot badly. It doesn’t seem like they have a clear vision of what the Pixel should be. The Google-made Android phones started out as flagship devices and now, after the disastrous Pixel 4, have pivoted to becoming midrange devices.

It’s not a bad strategy to sell more affordable devices. Look, it’s 2020, and everyone’s tightening their belts. Saving money is the name of the game and the Pixel family now looks even more affordable. See for yourself:

It’s mighty impressive that this trio of Pixel phones have a Pixel-quality camera that includes the still-impressive Night Sight and astrophotography modes. But they’re also the same camera sensors in the Pixel 2: the Sony IMX363. Yes, the fact that Google can flex all over other phones with newer image sensors is yet another reminder of its computational photography chops. But imagine what Google could do if it used a newer sensor.

Also, HDR and Night Sight processing are likely to be slower on the Pixel 5 and 4a compared to even the Pixel 4 due to their midrange chip. Sure, the new Pixels have 5G, but it’s not like 5G speeds are prolific at all right now.

Other things Google had to cut to get prices low for the Pixel 5 and Pixel 4a 5G: materials and face unlock. Aluminum with wireless charging on the Pixel 5 sounds good (glass shatters and scratches way more easily), but also stinks there’s no face unlock, which reaffirms the Soli radar sensor on the Pixel 4/4a XL was a bad idea.

I could complain about the lack of triple-camera system on both the Pixel 5 and 4a 5G or the plastic on the latter, but you get the point. Features were cut to get price points lower. The price points are definitely attractive, especially the 4a 5G, which is less than the iPhone 11.

But the phones are a letdown when devices like the OnePlus Nord don’t cut as many corners. It’s going to be super interesting to see how the Pixel 5 and 4a 5G compete when OnePlus brings its Nord brand to the U.S. Maybe I'm wrong, though. Maybe basic is what the Pixel needs to be great.